Toshiba's new Qosimo F750 3D is ostensibly a consumer laptop, but the company's enterprise DNA runs deep and this is a machine with plenty of new business opportunities. That's because it's the first notebook with a glasses-free 3D display.
Written by First Take , Previews blog log-in on July 5, 2011

Toshiba's new Qosimo F750 3D is ostensibly a consumer laptop, but the company's enterprise DNA runs deep and this is a machine with plenty of new business opportunities. That's because it's the first notebook with a glasses-free 3D display. There's a lot of confidence in this machine at Toshiba, where it's seen as making 3D displays mainstream — and supporting a wide selection of business scenarios, from architectural models to product displays, from visualisation with realism and depth-of-field to advertising. 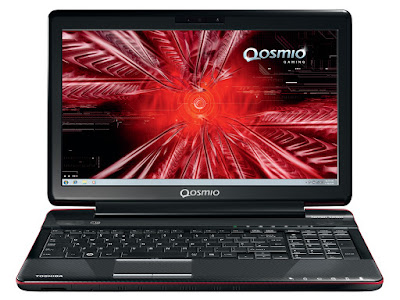 The underlying technology is extremely smart. Eye-tracking software uses the laptop's HD camera to determine where you're looking, and the resulting data is used to control an active lenticular lens, using Liquid Crystal Polymer, placing the image correctly for each eye. It's surprisingly accurate, and very quick to respond. We had some time with a demonstration machine at the launch event, and were able to try the display out. Looking away from the screen for a moment allowed the display to lose coherence, although the blurring only lasted a couple of seconds while the camera detected eye position and refined the display.

We've been sceptical about 3D displays in the past. After all, glasses have been clumsy and awkward (and more than a little ugly), and the mix of different stereoscopic techniques used hard to fathom. This, however, is a very different kettle of fish. The display is clear and bright, and the 3D extremely responsive — even when we shifted position considerably.

One useful feature of the Qosimo's screen is the ability to mix 2D and 3D content at the same time. It's easy to see how this can be used: CAD applications can show a 3D render alongside 2D parts, while architectural tools could use it to let designers explore 3D wireframes of buildings and plant, showing just how things fit together. In the past, 3D has seemed a novelty, and it's really only this new generation of glasses-free displays that gives it a use outside games and video playback.

Toshiba has fitted the Qosimo with one of the first laptop BD-XL drives. With today's hard drives clocking in more than 500GB, systems need a high-density fast backup medium with the capability of writing to 4 layers on a disk. Able to store 128GB of information on a disk, BD-XL drives are backward compatible with traditional Blu-ray media, so you can still use the drive to watch movies. BD-XL disks aren't cheap (yet), but they are still cheaper than a hard drive… 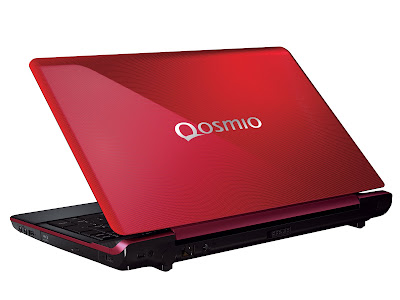 You'll get plenty of horsepower with the Qosimo (not surprising considering consumers will be using it to convert 2D movies to 3D on the fly), and the Core i7 processor and Huron River chipset is matched with 6GB of RAM. There's a 2GB NVIDIA GeForce GT 540M graphics card to handle the 3D display, which is a reasonable 15.6in. widescreen unit. It's not too heavy, weighing in at 2.9kg, making this a luggable machine. Pricing is expected to be around £1,299 (inc. VAT), with availability in August.

It looks as though Toshiba has done a credible job with the new Qosimo. It's a machine that will meet the demands of both enterprise and consumer, with more than enough power for the most demanding graphics tasks. With visual design increasingly important to business, this is likely to be a notebook that will go straight to the graphic design department — where it may even replace a Mac or two.