Sales of smartphones through the grey market had a massive boost in the third quarter of 2019 in Brazil as consumers sought new devices at a lower cost, according to new research.

The main reason for the decline, according to IDC, is the unfavorable macroeconomic conditions, which have also driven the increase in grey market sales. The research firm has found that the parallel market, whereby devices reach consumers through distribution channels unintended by the original manufacturer, grew by 537,3% in relation to the same period in 2018.

According to IDC, more than 1.2 million phones have been sold through those channels in Brazil. The analyst firm noted the grey market has grown steadily in the country since the first quarter of 2019, with the arrival of Chinese manufacturers: while the new product launches sparked consumer interest, consumers were put off by official price tags and bought the devices through alternative means.

"It is not just Chinese manufacturers that sell counterfeit products in Brazil and that such devices are not always fake. They may be original, but arrive in Brazil illegally and so enter the gray market," says IDC Brazil analyst, Renato Meireles.

In May 2019, Huawei relaunched its smartphone business in Brazil following a strategic review. The company had folded its consumer division in the country in 2015 and made a comeback with two high-end devices.

That same month, Xiaomi announced it was also relaunching its business in Brazil, through a partnership with local distributor DL Eletrônicos. This follows a brief stint in the country in 2015, when the company was still led by Brazilian executive Hugo Barra, now VP at Oculus. 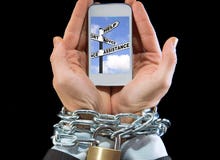