Trouble ahead: The dark clouds gathering that are worrying tech companies

Web censorship, new data rules and trade wars have all got tech entrepreneurs worried about the future.
Written by Daphne Leprince-Ringuet on Jan. 13, 2020 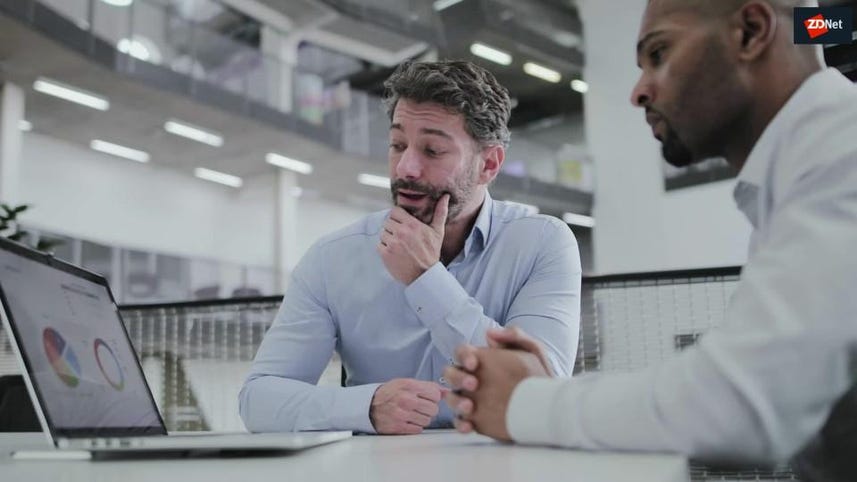 After many months of negotiations, the UK is set to leave the European Union at the end of this month, which will open the door to... even more months of negotiations as the country starts chasing trade deals with partners across the globe. But, when it comes to digital trade, however, Boris Johnson's government may not find it plain sailing.

Countries are becoming increasingly protectionist about their digital wealth, and the UK will have to take a lead in championing free trade.

"The UK is about to go into a considerable amount of negotiations against considerable headwinds," said David Henig, UK director at the European Centre for International Political Economy, a think tank focusing on trade.

"Although there have been initiatives to move forward, protectionism is still clearly the main ethos," he continued. "The UK has a strong digital economy, and the government needs to be more vocal in making the political case for free digital trade."

It is estimated that global digital trade is now worth $25 trillion. And yet, not all governments are pushing for the removal of barriers to the flow of digital goods and services – some, in fact, are doing quite the opposite.

Whether it takes the form of web censorship, tariffs, data localization or other restrictions on data flows, growing protectionism is one of the biggest threats to the global economy identified in a report published by TechUK.

Data privacy and security measures, for example, are estimated to have reduced domestic investments by 4.2% in Brazil, and 3.9% in the EU. In China and in the US, the combined cost of the ongoing tariff war amounts to $150 billion, and could jump to $400 billion for each country should the escalation result in a total breakdown in trade.

Speaking at the launch of the report, Henig explained that although the economic case for free trade seems evident, the appeal of higher profit might not be enough to push back protectionist policies. "We know that the free trade economy is good," he said, "but that hasn't been enough to fight the strain of protectionism and I don't think it will in the near future."

Only a few months back, WTO members got cold sweats as it emerged that some signatories of a 20-year moratorium on placing tariffs on "electronic transmissions" – emails, music, videogames and so on – were getting second thoughts about renewing the agreement.

India and South Africa, particularly, showed interest in lifting the moratorium, which could have resulted in tariffs on digital services ranging from software to e-books. Eventually, the agreement was renewed, but the event shed light on the fragility of the regulatory landscape for digital trade.

A year ago, 76 members of the WTO decided to start negotiations to implement global rules on electronic commerce; if they are successful, it would be a first for the trade organization, which still has no specific multilateral rules for the digital economy.

"Whether this goodwill will be enough to overcome decades of multilateral inertia on digital trade remains to be seen," said the European Commission at the time.

SEE: Data privacy: Germans dish out one of the biggest GDPR fines yet over lax call centers

In the absence of global trade rules, the number of fragmented bilateral agreements has proliferated in the last few years: according to TechUK, there are now 69 free trade agreements that include a chapter about e-commerce issues. Some countries are also introducing their own regulation; the latest example of which is France, where a digital services tax targeting tech giants was recently passed.

George Riddell, associate director of international trade at Deloitte UK, said: "It is a fractured environment currently defining how data flows. How the UK navigates all these different agreements could be quite challenging."

Getting this challenge right, however, is only going to get more important; because those most likely to be affected by fragmented digital trade rules are small and medium businesses (SMBs). Last year, only about 10% of SMBs in the UK were trading internationally, and although the number is rising year-on-year, it remains far behind the European average of 25%.

For Adam Prince, vice president at software company Sage, SMBs will need clarity and consensus, and soon. "For smaller companies with less resources, the biggest burden is administrative," he said. "They need clarity on complex trade issues, so that they know exactly what they need to do."

The way forward, according to the report published by TechUK, is to ensure that the UK's future trade policy embraces various principles including the cross-border flow of data, the removal of tariffs, or further cooperation on intellectual property and regulation.

For example, the government should encourage initiatives like fintech bridges, which let regulators share information about financial services innovations to boost the overall fintech ecosystem. The UK has already secured a number of such agreements with Australia, China, Hong Kong, Singapore and South Korea.

As Brexit looms there is room for the UK to take a lead in the fragmented space of digital policy. An opportunity that doubles as a challenge, and which will require political finesse – while not leaving much room for mistakes.