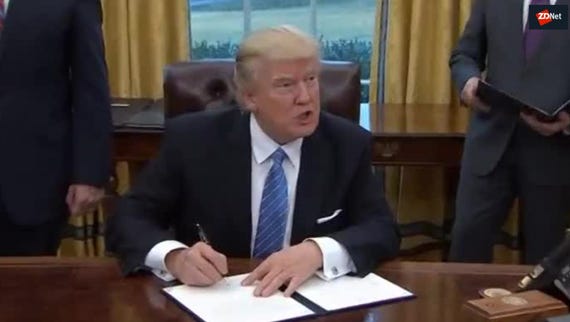 Trump may bring jobs back to the US, but robots will get them

This could be an important victory for a new president, a major capitulation by an Indian IT company or the emergence of a new model for Indian IT in the face of a rapidly shifting business landscape -- or, as the case may be, all of the above.

A few days ago, Indian IT company Infosys announced that it would hire 10,000 employees across four separate locations in the US, starting with the state of Indiana, which offered the company more than $30 million in tax credits. For its part, the company will fork out approximately $9 million to lease and equip an 80,000 square feet facility in the state to house 2,000 employees. 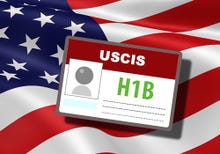 This is, first and foremost, a major development for Infosys, which has been using the H-1B visa over the past decade to dispatch many of its computer programmers and engineers from India to the US to work on projects for American clients. In doing so, it has courted controversy especially in instances such as a project with Southern California Edison a few years ago, when Infosys engineers were shipped in to replace in-house techies. When Disney workers were forced to train replacements from Indian firm Cognizant or risk losing their severance, it snowballed into a PR disaster for both Disney and Indian IT (although lawsuits filed by ex-Disney workers were dismissed in court).

President Donald Trump had made this issue one of the major cornerstones of his electoral campaign, appearing in public with ex-Disney employees while on the stump, commiserating with them and venting his fury at the H-1B visa program for 'skilled workers,' which he -- and many others -- claim is being gamed by Indian companies and their American clients. After promising to run a sword through the H-1B visa program, his executive order ultimately disappointed many by calling for a modest 'review' of the visa program that would take over a year instead of direct punitive action.

Yet, it was either a well-calculated move by President Trump or just plain good luck. He has appeared to force the hand of Indian IT without doing very much. Moreover, emboldened by his pre- and post-election comments on the H-1B program, at least three Congressional bills looking to rein in abuse of the system by doing various thing such as raising the minimum salary requirement and scrapping the lottery system (which the Indian outsourcers have been cleverly gaming) have begun making the rounds.

Clearly, change is in the air, the screws are beginning to turn against the visa system, and it is folly for companies like Infosys to ignore it and trudge on.

For Indian IT, the evolutionary imperative is to either change with the times, no matter how difficult it will undoubtedly be, or perish, and at stake is a $150 billion industry that gets 65 to 70 percent of its business from the US. At the end of the day, fretting about margin losses by hiring 10,000 American techies at $100,000 versus sending in Indians at $65,000 is silly considering the larger tectonic forces that are causing upheaval in the IT landscape, and Infosys appears to have realized that.

The kind of low-end, infrastructure maintenance work that has been the bread and butter of Infosys and its ilk is fast dwindling thanks to the cloud. What is however growing at a rapid clip is work in digital (social, mobile, artificial intelligence, and cloud), something that Indian IT is desperately trying to get a toehold in. Yet, existing and future clients are choosing firms that increasingly have end-to-end capabilities that include transformational consulting and expertise in things like AI. Those kinds of hires, some argue, are better made or trained in the US, where they anyway need to be more client facing than in previous times. "As we look to the future, that close proximity, that zero distance idea, of being together is extremely important," said Vishal Sikka, Infosys CEO.

Therefore, the whole 'hit on margins' issue becomes irrelevant when you realize that -- in this brave new world -- winning new deals and renewing old ones require a lot more on-site handholding by employees higher up on the value chain than low-end engineers being shipped in for things like maintenance and app development.

"Training in the US is obviously going to be more expensive than training in India, but as we ramp up significantly in the next few months this model is much more agile," said Deputy Chief Operating Officer Ravi Kumar to Reuters. "It (hiring locally) gives us agility, it gives us speed and it gives us local cultural alignment," he said.

"You can't even spell Indiana without starting with India."

Apparently, this push for a 'local cultural alignment,' which even its co-founder, Narayana Murthy, was exhorting it to adopt, had been underway since the beginning of the year. The New York Times reported that when Indiana state officials were approached by the company via the Indiana India Business Council to feel-out investment options in the state -- ironically, in the hometown of Vice President Mike Pence -- they jumped at the opportunity. Jim Schellinger, the state's secretary of commerce, traveled with his team to India and the Infosys headquarters in mid-March to make a pitch for the state, including a visit to the training campus in Mysore.

"You can't even spell Indiana without starting with India," said an ecstatic Schellinger upon hearing the announcement earlier this week. "Today is just the beginning of a great partnership." "They're going to hire a wide variety of people including people with four-year degrees as well as two-year ones," he added. "These are high-wage jobs, including software developers and architects."

The state-funded incentive of $31 million for the project (which is computed at $15,250 in conditional tax credits per new job created) is in addition to $500,000 in training funds also given to the company. In addition to the $9 million toward a new technology and innovation center, Infosys plans on hiring from local brands such as Notre Dame and Ball State universities (in addition to community colleges) to mainly work with the company's US manufacturing, pharmaceutical and life sciences clients in the US, according to Reuters.

Infosys will start off by bringing on board 100 employees this year to staff its new technology and innovation office in or near Indianapolis in August (it already has some 140 employees in the state), and then it'll ramp up in subsequent years until it reaches 2,000 employees by 2021.

In many ways, the Infosys-Indiana love affair may play out perfectly well for both the company and the White House. For Infosys, this could be both a major public relations coup as well as a way to continue safeguarding its business interests in the US with a vital factory for client-facing work. For the White House, it is a big step in proving to President Trump's electorate that he is serious about forcing the agenda to bend toward the interests of the US.

It also just may be the nudge that other Indian IT firms need in order to swallow the bitter pill of higher costs and follow suit. The Times of India reported that Infosys IT brethren Wipro has also announced that it expects to have at least 50 percent of its US work force hired locally by 2018.

Not everyone is completely satisfied with this outcome, though. "If this is indeed a response to President Trump's statements, then it demonstrates the power, but also the limitations, of the bully pulpit," said Ron Hira, an associate professor of public policy at Howard University who has been one of the fiercest critics of the H-1B as a conduit for cheap overseas tech labour. "A few individual cases of self-reform, no matter how large they may be, are no substitute for real reform -- by both the administration and Congress."