The U.K. government is to go back to the drawing board with its plans to monitor U.K. Web, email and call traffic, after the leader of the government's coalition partner called for a "rethink" to the bill.

The move was expected after reports surfaced earlier late last month that the Liberal Democrat leader and U.K. deputy prime minister Nick Clegg was gearing up to block the bill  if necessary, according to sources speaking to the BBC. 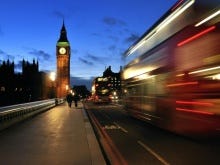 The draft "Communications Data Bill" will expand the U.K. government's Web, email, and call monitoring powers. Here's everything you need to know -- and more.

Clegg's comments today follows a U.K. parliamentary committee criticized the bill after months of scrutiny, and warned that the law -- if passed by Parliament -- would be able to demand "potentially limitless categories of data."

Downing Street said that it "accepts" the criticisms of the bill by members of parliament (MPs) and the bill would be re-written. A Home Office spokesperson said that there can "be no delay to this legislation," adding that it is "needed by law enforcement agencies now."

It's not yet clear how long it will take for the bill to be re-written, but it is unlikely that a future draft bill will not be presented before Parliament before mid-to-late 2013 at the very earliest.

The joint committee of MPs, who wrote a 101-page report into the draft law, said the bill was too wide-ranging. The report was published this morning.

"Our overall conclusion is that there is a case for legislation which will provide the law enforcement authorities with some further access to communications data, but that the current draft bill is too sweeping, and goes much further than it need or should," the committee concluded.

"We will take account of what the committee said," said a Downing Street spokesperson speaking to the BBC News.

The draft bill, dubbed the "snoopers' charter," but officially called the Communications Data Bill, would give the police, intelligence services and other U.K. government departments to have access to data relating to citizens Web, email and phone traffic in a bid to prevent terrorism and disrupt major crime.

It would see "communications data" -- such as which Web sites were being visited, where an email is going, and who is at the other end of a phone call -- recorded for later inspection, if someone is suspected of a serious crime. This would be open to the aforementioned authorities without a court-ordered search warrant.

However, the contents of such data -- including emails and phone conversation transcripts -- would still require a court order before U.K. authorities have it handed to them.

The U.K.'s data and privacy chief, Sir Christopher Graham, warned in October that the bill would be ineffective to catch major criminals, and would only help authorities catch "incompetent criminals and accidental anarchists."

The £1.8 billion ($2.9bn) budget set aside for implementing the bill was also criticized by one Freedom of Information campaigner , which the U.K. Home Office has not disclosed why the figure is so steep or what the budget will be spent on.