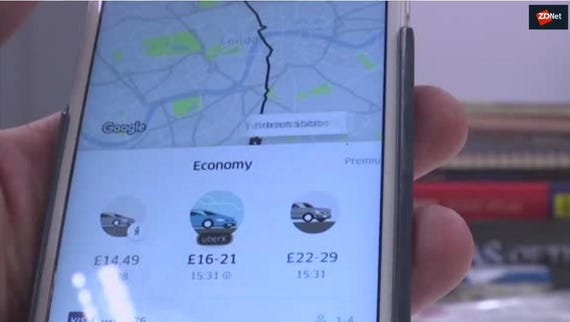 Uber has lost its license to operate in London following a "pattern of failures" transport officials are unable to ignore.

On Monday, the UK's Transport for London (TfL) said that Uber's license will not be renewed after investigators found that at least 14,000 trips were taken with unauthorized drivers.

The ride-hailing service was given a two-month license extension in September to resolve a number of passenger and safety problems flagged by London authorities at the time of reapplication.

One of the major issues raised was a security failure in Uber systems that allowed photos from unauthorized to be uploaded across Uber driver accounts, which in turn meant that riders were being picked up by drivers they thought were legitimate -- and drivers and their vehicles did not match up.

TfL says, "this means all the journeys were uninsured and some passenger journeys took place with unlicensed drivers, one of which had previously had their licence revoked by TfL," adding that this was "putting passenger safety and security at risk."

See also: Uber has 99M active consumers on its platform in Q2, but revenue misses

In addition, the transport authority says that drivers who had been dismissed or suspended were still able to create Uber accounts and carry passengers.

Insurance problems, too, have raised the ire of regulators. Earlier this year, TfL prosecuted Uber for allowing journeys to go ahead without adequate hire or reward insurance.

This is not the first time Uber has lost its license to operate in London. TfL revoked its license in 2017 for being "not fit and proper," citing a lack of corporate responsibility and its approach to reporting criminal offenses as reasons for the suspension. However, Uber appealed, leading to a probationary license being awarded in 2018.

After being granted the probationary license, Uber assured officials that improvements would be made to insurance, vetting, safety, and driver checks, but it appears that the company's progress has not satisfied TfL.

"TfL has identified a pattern of failures by the company including several breaches that placed passengers and their safety at risk," the transport authority says. "Despite addressing some of these issues, TfL does not have confidence that similar issues will not reoccur in the future, which has led it to conclude that the company is not fit and proper at this time."

Uber drivers will still be seen on London's roads  -- at least, for now. Under the Private Hire Vehicles (London) Act 1998, Uber has 21 days to appeal the decision, and given the importance of the service in the capital, it is likely the firm will do so.

"While we recognize Uber has made improvements, it is unacceptable that Uber has allowed passengers to get into minicabs with drivers who are potentially unlicensed and uninsured," commented Helen Chapman, Director of Licensing, Regulation and Charging at TfL. "If they choose to appeal, Uber will have the opportunity to publicly demonstrate to a magistrate whether it has put in place sufficient measures to ensure potential safety risks to passengers are eliminated."

TechRepublic: How business travelers can book an Uber or Lyft ride through Google Assistant

London Mayor Sadiq Kahn said that while the decision "may be unpopular with Uber users, their safety is the paramount concern."

Uber's regional general manager Jamie Heywood called the decision "extraordinary and wrong," adding that "on behalf of the 3.5 million riders and 45,000 licensed drivers who depend on Uber in London, we will continue to operate as normal and will do everything we can to work with TfL to resolve this situation."

Join Discussion for: Uber ‘not fit’ to hold license in London,...