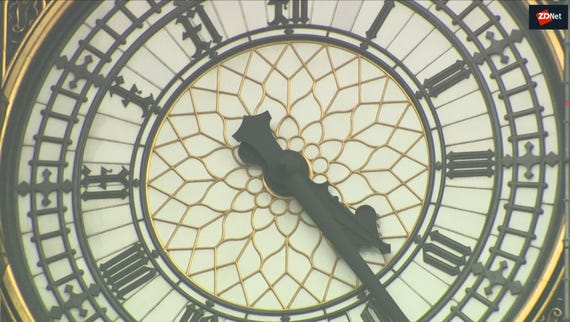 The UK has finally made it onto Europe's table of top countries in fibre broadband to the home (FTTH) and to the building (FTTB). Admittedly, the UK is still at the bottom of this European table, which requires a penetration of just one percent to qualify. This compares with Latvia, which topped the table for the third year in a row with 50.3 percent, though it's only 11th worldwide. Happily, Ofcom, which regulates the UK communications market, has plans to improve things.

The table was published at the FTTH Council Europe conference held in Amsterdam this month, along with the FTTH Market Panorama prepared by IDATE.

According to the Market Panorama, Spain added the most new FTTH/B subscribers with 1,858,743, ahead of France with an extra 1,480,220 subscribers.

Of course, not everyone who can get fibre broadband actually subscribes to it. The average availability for the EU's 28 countries is 36.4 percent, while the average take-up rate is only 38.2 percent. However, in many countries – including Andorra, Belarus, Belgium, Latvia, the Netherlands and Romania – the take-up rate is over 50 percent. This is obviously important to ensure the profitability that drives investment.

The UK now has a penetration rate of only 1.5 percent and a take-up rate of 13.1 percent. This is desperately poor, but a marked improvement. The report says that FTTH/B subscriptions grew by 83 percent compared to September 2017, and there are now 369,250 UK subscribers out of 2,817,000 homes passed.

In some ways this gives a misleading impression of Britain's broadband because of the popularity of FTTC (Fibre To The Cabinet) services such as BT Infinity. This uses old copper wiring and VDSL2 to deliver high-speed broadband from the street cabinet, but does not count as FTTH/B. According to Ofcom, the UK ranks second in the EU's "big five" countries in ADSL. As a result, around 94 percent of UK premises can get "superfast" speeds of at least 30 Mbps, though only 45 percent subscribe to them.

Ofcom published its £200 million plan to support full-fibre investment in July 2018. Its stated goal is "to deliver full-fibre to 15m premises by 2025 and to all premises in the UK by 2033". Before that, says Ofcom, the UK government's Universal Service Obligation (USO) will allow people and businesses the legal right to request a decent broadband connection, "delivering download speeds of at least 10 Mbps and upload speeds of 1 Mbps by 2020". Currently, only two percent of UK premises can't get those speeds, according to Ofcom (PDF).

The UK's progress was reflected at the end of the FTTH Conference when Greg Mesch, founder and CEO of CityFibre, was presented with the first Charles Kao Award (named after a Nobel prize-winner for optical communications) "for his extraordinary contribution to the acceleration of full fibre deployment in the UK, a country that has until recently sat far behind in the European rankings for FTTH/B access" (PDF)

CityFibre and Vodafone plan to cover 5 million homes by 2025.

Other companies are also contributing to the growth of FTTH/B in the UK. TalkTalk has set up a new company, FibreNation, to deliver fibre to 3 million homes, Virgin Media plans to reach 4 million premises by 2020, while Hyperoptic is delivering a full fibre network to 50 towns and cities. As usual, however, BT will be a major contributor, with Openreach planning to cover 10 million homes by 2025. There also are a lot of smaller contributors, many of whom are members of INCA, the Independent Networks Cooperative Association.

The real problem with the UK's slow progress in FTTH/B is that it delays the desired "copper switch-off". This is essential to avoid the high cost of maintaining two different networks. It will also increase reliability, reduce maintenance costs, cut energy use by 40-60 percent, and increase customer satisfaction, according to an FTTH Council Europe report by WIK-Consult (PDF).

Of course, switching off the copper network is one way to drive users to move to fibre broadband. Without that, idleness and inertia would keep many users on copper forever.

Australia started its copper switch-off in 2014, and New Zealand is also making progress. In Estonia, Telia has already switched off 70 percent of its copper exchanges, and Sweden 42 percent. This may involve using wireless connections rather than fibre for rural areas.

However, copper switch-off is a new idea to most UK users, and it may be another decade before they even have to think about it.

READ MORE ON BROADBAND AND NETWORKS