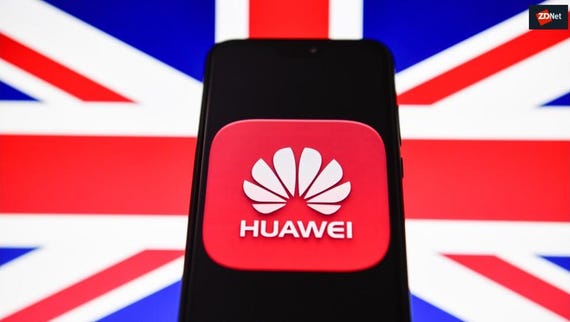 Using equipment from Chinese telecoms company Huawei in the UK's 5G networks could create risks that the country does not need to take, the former chief of MI6 has warned.

Richard Dearlove said, in the forward to a report by the Henry Jackson Society thinktank, the fact that the UK government "now appears to have decided to place the development of some its most sensitive critical infrastructure in the hands of a company from the People's Republic of China (PRC) is deeply worrying".

Mobile operators are at the early stages of building out the 5G networks that will provide the bandwidth for not just faster smartphone downloads but also, in future, a range of new services from smart cities and the Internet of Things to self-driving cars.

It's because of these new services that security has suddenly become a critical factor. The concern is not simply that hostile powers could snoop on data running over these networks but that they could even stop the services built on top from functioning smoothly.

The US in particular has grown increasingly concerned that a Chinese company would be providing much of the technology for these networks. It banned Huawei from government contracts back in 2014 and has been putting pressure on allies to do the same. But last month a leak from the UK government suggested that the country was going to allow the Chinese networking company to provide at least some 5G infrastructure, on the basis that the risk of using Huawei kit can be managed.

But Dearlove said since China conducts aggressive intelligence gathering operations on a global scale, and since no part of the Chinese state is ultimately able to operate outside of the control of its Communist Party, "Therefore, we must conclude the engagement of Huawei presents a potential security risk to the UK."

Dealove said that the introduction of 5G networks is a major technology change, which will have far-reaching implications for the UK's national security and almost every aspect of the country's civic life.

"The ability to control communications and the data that flows through its channels will be the route to exercise power over societies and other nations," he said.

He said that to place China in a potentially advantageous exploitative position in the UK's future telecommunications systems "is a risk, however remote it may seem at the moment, we simply do not need to take."

He added the UK should also not be influenced by the economic cost of either delaying 5G or having to settle for a less capable and more expensive provider. "If Australia can black ball Huawei as its 5G provider, the UK can certainly do so the same without undue concern about the consequences," he said.

The former spy chief was not alone in his criticism. "If we make the wrong decision about allowing hostile agencies access to our critical national infrastructure, history will judge us harshly," warned MP Julian Lewis, chair of the Defence Select Committee.

A Huawei spokesperson hit back: "We are an independent, employee-owned company which does not take instructions from the Chinese government. In 32 years, there have been no significant cybersecurity issues with our equipment. We hope and expect that any decision on Huawei's participation in Britain's build-out of 5G networks will be based on solid evidence, rather than on unfounded speculation and groundless accusations."