Huawei's Eric Xu told CNBC that blocking the company's 5G networking products will increase prices and make it harder for the US to become No. 1 in 5G. However, it has been a huge benefit to the two Scandinavian suppliers: Ericsson and Nokia.
Written by Jack Schofield on Nov. 30, 2018 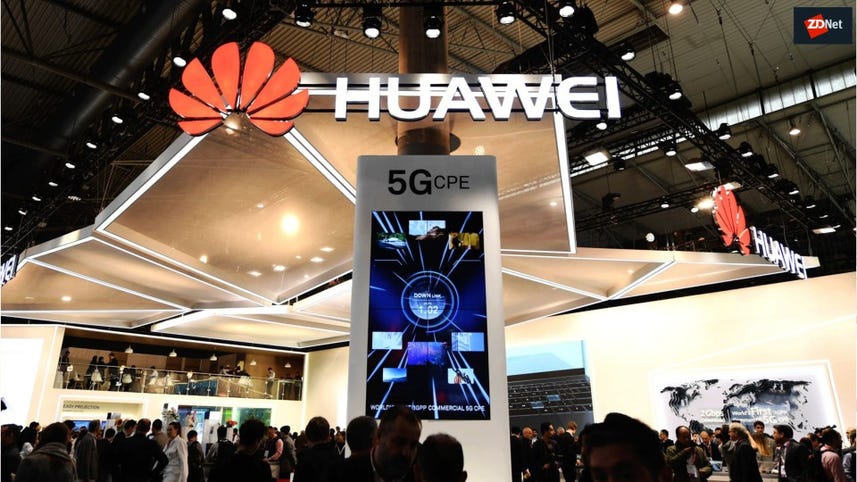 The American government has been increasing the pressure on allies to boycott network products from Huawei, China's giant telecoms equipment provider. In response, Huawei has warned that restricting competition will increase prices and delay the implementation of 5G, putting the US behind rival countries.

Speaking in Mandarin, Eric Xu, one of Huawei's rotating chairmen, told CNBCon Thursday that "for Huawei, as leader in 5G technology, we don't have the opportunity to serve the US consumer with 5G solutions and services, then the US market is a market without full competition while still blocking leading players from participation. Now, I'm not sure whether they can really deliver their objective of becoming the world's No. 1 in 5G."

In 2014, the American government banned two Chinese companies, Huawei and ZTE, from bidding for government contracts. However, this has not stopped Huawei's progress. The company says it supplied more than half of the 537 4G LTE networks across the world and 59 of the 90 4.5G networks. It has also become a leader in smartphones and other devices, such as the MateBook Pro X, lifting annual sales to $92 billion in 2017.

In a keynote speech at the Global Mobile Broadband Forum in London on Nov. 21, Huawei's Ryan Ding said: "Actions speak louder than words. Huawei has earned customer recognition for our leading 5G end-to-end capabilities and innovative products and solutions. So far, we have signed 22 commercial contracts for 5G, and we are working with over 50 carriers on 5G commercial tests."

Huawei is already supplying equipment to 14 European operators including BT and Three in the UK, Deutsche Telekom in Germany, and Telecom Italia in Italy. It says it has also shipped more than 10,000 5G base stations outside China.

However, following a ban in Australia, its deal to supply New Zealand's Spark network with 5G equipment has just been stalled. "According to the New Zealand government, the ban is related to technology concerns rather than fears about Chinese government control, and it is giving Spark the chance to make changes to mitigate security risks," ZDNet reported.

Late changes to contracts are likely to be very expensive for network operators -- and ultimately for businesses and consumers -- when they follow intense technical tests and pilot trials. All this work would have to be redone before they can switch to an alternative equipment supplier.

In July, the UK's National Cyber Security Centre (NCSC), which is part of the GCHQ spy centre, also said it had security concerns "around a range of technical issues and has set out improvements the company [Huawei] must make." So far, however, this has yet to turn into a ban.

One of the ironies is that Huawei equipment has received far more rigorous analysis and security testing than kit from any other vendor. As Three's Phil Sheppard has pointed out, the British government even has a Huawei Cyber Security Evaluation Centre. There is nothing similar for rivals such as Ericsson, Nokia and Samsung.

When talking to CNBC, Eric Xu hinted that increased US pressure had less to do with security than with America's trade war with China. In CNBC's translation, he said:

"There is one question that has been lingering on my mind. The US government as a national authority, why have they been targeting Huawei as a business corporation? Is it because we are too good on 5G or whether there are reasons I am not sure (of)? Saying 5G would bring cybersecurity issues, I would say these remarks are out of political motivation and not at all based on facts. All these ... suspicions do not have any substantiated facts."

Whatever the case, US lobbying is helping two Scandinavian companies. Both Ericsson and Nokia have signed 5G deals with T-Mobile, AT&T, Verizon, and Sprint. Their prices no doubt reflected the fact that they didn't face competition from Huawei and ZTE.

With the New Zealand government denying that the Huawei 5G ban has anything to do with China, the tech giant has said it is working with Spark to 'find a way forward'.

The New Zealand GCSB said the use of Huawei equipment in Spark's 5G network would 'raise significant national security risks'.

Reuters has reported that Papua New Guinea will be allowing Huawei to continue rolling out its telecommunications submarine cable network despite pressure from Australia and the US.

Following the Australian government citing a lack of separation of edge and core in 5G, Huawei has demonstrated what it says is full isolation of each network component in New Zealand on a trial network with Spark.

Huawei is still actively playing in the UK's 5G market, this week announcing trials of home broadband services with Three UK using commercial 5G routers that attained download speeds of up to 2Gbps.