Using IoT to stop saboteurs, save water and make money

Griswold Water Systems explains how they modernized their business in an old-school industry and realized unexpected benefits along the way.
Written by Stephanie Condon, Senior Writer on March 27, 2017 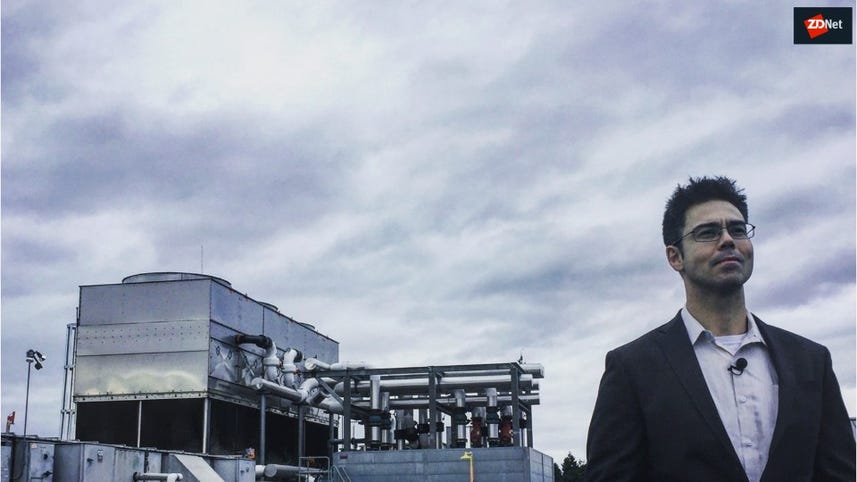 The Internet of Things often raises security concerns for businesses, but for Griswold Water Systems (GWS), connectivity offered a security solution -- namely, a way to make sure the competition wasn't sabotaging its equipment.

Everyone has seen a water cooling tower. They're often built as large, hyperboloid structures (think of the two towers emitting steam next to the nuclear facility in "The Simpsons"), or just as big tanks that sit on rooftops of large buildings. Any building that's larger than 60,000 square feet, and just about any manufacturing or production facility that has heat in it, will have a cooling tower. Water cooling is a really efficient way of transferring heat out of buildings and processes. A water cooling tower effectively mimics the way a human body deals with overheating, which is to use sweat to evaporate heat.

It's simple enough, but there are huge downsides to water cooling towers. To start with, they consume huge sums of water. A single tower on a modestly sized building, running just three-quarters of the year, will consume about 17 million gallons of water, Martina noted. On top of that, these towers can also pose health and environmental hazards. If the water isn't properly treated, it can lead to biological growth and the spread of serious, deadly diseases like Legionnaires' disease. Yet traditionally, water cooling towers have been treated wiith chemicals harmful to the environment.

All those problems amounted to the low-hanging fruit, which GWS picked with a new technique for treating cooling towers. Instead of using chemicals, the company uses electrodynamic field generation. It prevents corrosion and the growth of bacteria, while allowing businesses to recycle or safely dispose of the gallons of water that don't evaporate.

It was an innovative method, but the chemical providers aggressively tried to keep GWS' new solution of the market.

"We were getting hammered," Martina said. "They would sabotage jobs, they would kick us off the facility, bad mouth us... We said, 'We need the ability to monitor the equipment.'"

As water treatment specialists, GWS wasn't interested in building its own IoT solution.

Through business contacts, GWS was introduced to a New Hampshire-based company called Hollis Controls, which could build the hardware necessary to remotely monitor water cooling towers. Hollis Controls used the Autodesk Fusion Connect IoT platform to create "almost a plug-and-play solution... that enables us to, virtually instantly, capture data that is super significant for us," Martina said. That includes run time, water consumption, trends relating to the equipment's performance and flow within the system, he said.

"All of a sudden we had transparency into the operation," Martina said. "We knew if a tower failed, or there was an issue that had nothing to do with our system, because could infer certain conditions were present."

The development of the hardware set the pace for GWS' IoT implementation, but connectivity was another crucial factor.

"The nature of this industry is a lot of these facilities have cooling towers on a 20-story building or a remote location," ruling out reliance on wifi, Martina said. "In our case, we weren't transmitting massive amounts of data, but the timing of that data was essential."

Bryan Kester, head of IoT at Autodesk, said that the way GWS deployed its IoT strategy is fairly typical. Most Autodesk customers initiate their IoT implementations by finding a systems integrator like Hollis or with the help of a big wireless carrier.

Getting customers on board

GWS launched its remote monitoring solution as an added feature for customers about two years ago, Martina said. Launching their new services took some time, even though if offered benefits for both GWS and customers.

"Originally we used this as a way to protect ourselves," Martina said. "When we got into this, none of us at Griswold realized how significant this was from the standpoint of operations for the customer."

"When your facility is churning through 300,000 or 400,000 gallons of water a day... one mistake could not only cost the company significantly, but you could flood the server room, for example," Martina said.

Last year, Griswold decided to change up its strategy and now offers its IoT solution as a core part of every water treatment system it sells. So far, they've sold several hundred units with remote monitoring, and it's helped them move into the international market.

"We find that go-to-market in the US requires that we offer essentially service with the equipment, to mimic the chemical contractors for the first year of operation," Martina said. "Internationally, there's a lot less established strategies... We're starting to see a lot of requests especially out of Latin America, Mexico and parts of Europe. People are starting to catch onto this IoT thing."

Security and privacy concerns, surveys show, are some of the top obstacles when it comes to IoT implementation in various industries, but Martina said his customers aren't really concerned about those issues.

"The data, even if it could be intercepted, is of an operational nature that's typically not high stakes, not connected to IP or trade secrets," he explained. "Most of our customers just don't care."

Kester said that most Autodesk customers are, like GWS, using IoT solutions strictly to monitor equipment, rather than to control it. "People have to get comfortable with the fact their products are going to have a connection," he said.

All told, by integrating IoT with its core technology, GWS has helped businesses save more than 2 trillion gallons of water, Martina said, and has supplanted about 1,200 tons of toxic chemicals. GWS is now looking into other ways it can exploit connectivity, like monitoring water temperature or the efficiency of other pieces of equipment.

"The scope of this and the scale is really only starting to dawn on us," he said.