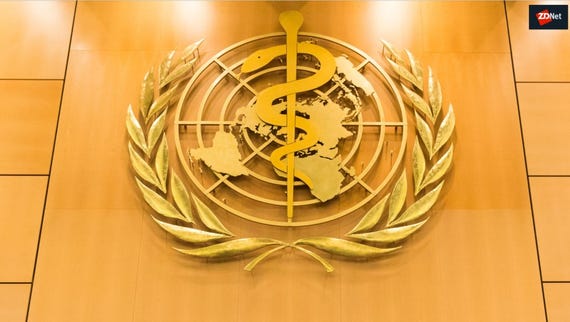 When Canonical announced that, beginning with October's Ubuntu 19.10 release, 32-bit -computer support would be dropped, it didn't expect there would be much blowback. It was wrong. Developers and users, especially of Steam games, threw fits. So, Canonical, makers of Ubuntu Linux, reversed course and asserted it wouldn't drop 32-bit software support in Ubuntu 19.10 and 20.04 LTS after all.

So, everything's back to normal, yes? No.

True, Valve will continue to support Ubuntu. But Ubuntu will no longer be called out as "as the best-supported path for desktop users." Instead, Valve is re-thinking how it wants to approach distribution support going forward. There are several distributions on the market today that offer a great gaming desktop experience such as Arch Linux, Manjaro, Pop!_OS, Fedora, and many others.

That said, it should be noted that Arch Linux and Manjaro have already dropped 32-bit support, and Pop! Is based on Ubuntu. Red Hat's Fedora just announced it's dropping the 32-bit Linux kernel, but it will keep the 32-bit libraries. Thus, of the named distributions, only Fedora looks promising for 32-bit Steam.

The gaming company also explained why it's determined to stick with archaic 32-bit software. First, while Steam already bundles much of the 32-bit gaming software dependencies needed, "it currently relies on some key components being available on the host system: A 32-bit glibc, ELF loader, Mesa, and NVIDIA graphics driver libraries, to name a few."

Valve wasn't ready to update Steam and games for an Ubuntu 19.10 without 32-bit support. It could have done it, but "requiring such a fundamental change in Steam's runtime environment in that time frame would have been very risky for [Ubuntu] users, and would likely not have resulted in a seamless experience."

In addition, there are many "older third-party games and desktop software that lives outside of Steam, and therefore does not use the Steam runtime environment. This new scheme would have broken such 32-bit non-Steam games and tools."

So, Valve "would have had to drop what we're doing and scramble to support the new scheme in time for 19.10. We weren't confident we could do that without passing some of the churn to our users, and it would not solve the problems for third-party software outside of Steam upon which many of our users rely."

Valve was, in a word, "unhappy" about having to do them in a few months. That said, for years, Linux distributions have been moving away from 32-bit software. The Linux kernel got rid of 32-bit support in 2012. Canonical itself had been talking about dropping 32-bit support from Ubuntu in developer circles for over a year.  Valve admits "they let us know of their intent and walked us through the details earlier this month." But, Valve never liked the move.

Valve felt forced to change and they don't want to port their software. Valve argued Ubuntu's "new scheme would have broken such 32-bit non-Steam games and tools, unless the user was savvy enough to know that they needed to run them in a compatibility environment." The change would have also made all earlier documentation around installing and running older binary software on Ubuntu invalid or obsolete."

Support for 32-bit libraries are required in order to run not only the Steam client, but also the thousands of games available on Steam that only support 32-bit environments. Enabling the Steam client to run in pure 64-bit environments, while feasible, would leave the vast majority of the current Steam library inaccessible to such users without an additional compatibility layer. Ensuring that all games a user owns remain fully playable wherever possible is a core principle of Steam, and we don't believe any solution that arbitrarily splits a user's library would be acceptable.

So, for the next few years, Ubuntu 20.04 will be supported until 2025, and Steam and Steam games will run on Ubuntu. But  Valve is opening the door for other Linux distros to fully support Steam.

At the same time, Ubuntu and its close relatives such as Linux Mint are arguably the most popular desktop Linux distributions. Canonical and Valve may not be happy with each other, but they're going to need to live with each other.

Join Discussion for: Valve to continue Steam gaming on Ubuntu...