Vespa team creates Gita, a robot for lugging your stuff

Introducing Gita -- a little round robot that will carry up to 40 pounds of your stuff. It is the first offering from Piaggio Fast Forward (PFF), a new company from the folks who created Vespa, the iconic Italian scooter. Michele Colaninno, chairman of the board of PFF, tells us that the company is part of a 21st century revolution on mobility.

He says, "There's a big market in the future of mobility, both for goods transportation and people transportation. The way forward is that robotics engineering must help people and not substitute people."

We spoke with Colaninno and members of the Boston-based team that developed Gita. The team isn't developing a self-driving car. Instead, it envisions a future where cities are filled with active pedestrians and their robot assistants. In a closed environment, Gita can navigate entirely on its own. But it can also head outside to tag along with a person, following the human operator's wearable device and avoiding obstacles along the way.

Gita stands 26 inches tall and travels at a maximum speed of 22 mph. It is equipped with several patent-pending technologies. Most notably, two stereo cameras are used for optical detection and mapping via visual SLAM (simultaneous localization and mapping).

Sasha Hoffman, COO, explains, "If you were to start walking and you turn a corner, in most cases with the current technology today, as soon as you go out of line of sight the robot couldn't find you, whereas Gita actually can. Because of the mapping we create, it uses a 3D point cloud so it can actually catch up to you, which is a very big differentiator to pretty much anything else on the market today."

It also uses an ultrasonic range finder to detect obstacles and has four fish-eye cameras that provide 360 degree views. Gita self-balances using drive wheels and the linear motion of its own battery to compensate when the robot accelerates. It communicates with users (and anyone who happens to be nearby) in three ways: through a touchscreen interface, sound, and lights.

Gita's unusual round shape gives it the ability to move as nimbly as a person would in an urban environment. The wheels can handle cracked city sidewalks and brick surfaces, and they can also be swapped out for different scenarios, such as wider tires for zooming across sand or snow.

"It was really important to us not to have a box or a shopping cart on wheels," says Jeffrey Schnapp, CEO. "We want the vehicle to turn on a dime, to pirouette the way that pedestrians do all the time when they're avoiding obstacles in the real world."

Plus, it just looks cool. Schnapp says, "We wanted to create a vehicle that has real sex appeal. We think of Gita as a kind of Vespa for the 21st century. It has the values of lightness, mobility, efficiency, and practicality -- but also fun and beauty -- that a vehicle like the Vespa embodied, which made it disruptive in the second half of the 20th century."

PFF's Chief Creative Officer Greg Lynn adds, "We wanted to have something that you wouldn't be embarrassed to walk into a party with. It really should be something which accentuates your lifestyle instead of cramping it and making you look kind of nerdy."

The setup requires users to wear a device on their belt, so we'll let you decide whether that is nerdy or sexy. Pricing has not been announced yet, and Gita will start with B2B trials before it is offered to consumers. It is launching this week with tests planned for the next few months in campus-like environments.

Video: This soft robot wraps around your heart and twists it to keep it working 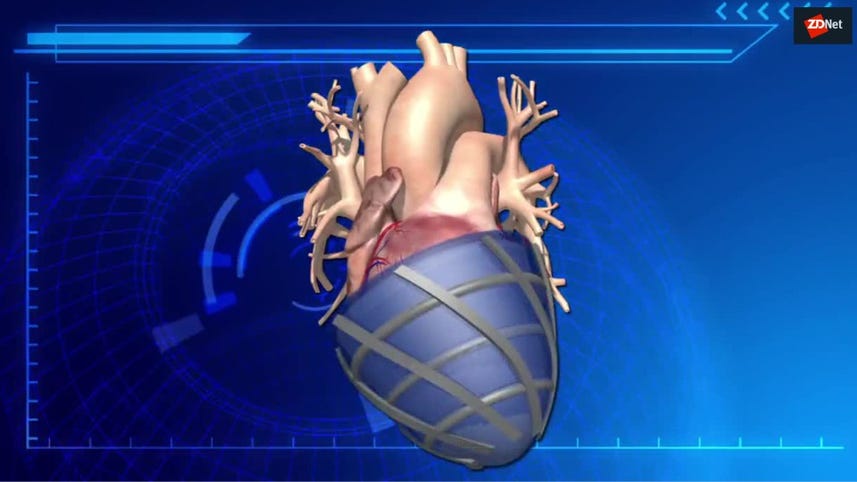