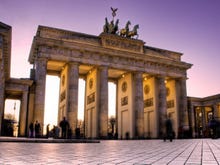 The CEO of Germany's Deutsche Telekom has announced plans to increase the availability of high speed broadband access to around 24 million households over the next four years.

Vodafone Germany has struck a network access agreement with Deutsche Telekom which will more than triple current top download speeds available on its existing DSL-network products.

Vodafone announced today it will initially use Deutsche Telekom's VDSL (very high bit-rate DSL) under an IP-based bitstream network agreement. The agreement, which is subject to regulatory approval, will let Deutsche Telekom provide fixed-line broadband with download speeds of up to 50Mbps.

Deutsche Telekom currently delivers VDSL to around 12 million around subscribers and plans to expand access to 24 million households by 2016 as well as boost speeds up to 100Mbps with an ongoing fibre to the cabinet network build-out. Speeds will be enhanced on the last mile copper network through an Alcatel-Lucent developed noise-cancelling technology called vectoring.

Vodafone Germany already offers IPTV over its DSL line products, which offer speeds of up to 16Mbps. It expects the Deutsche Telekom upgrade will bring in 100Mbps download speeds.

Vodafone will move to Deutsche Telekom's Ethernet-based bitstream product from 2016, which Vodafone says give it more control over the network, as well as the ability to differentiate its services.

Vodafone in March announced an agreement with Orange in Spain to build a new fibre to the home network and acquired Cable & Wireless Worldwide in the UK last year .

Vodafone had about 35 million mobile customers in Germany at the end of last year.