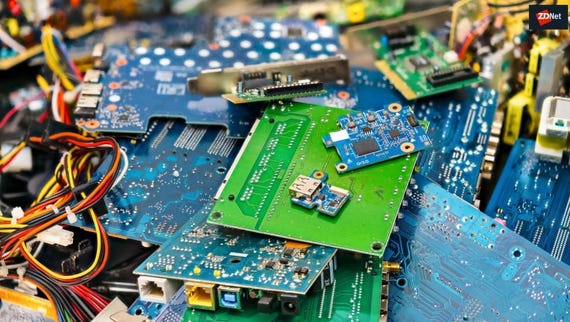 Western Australia has announced it will invest AU$1 million into nine initiatives that are aimed at reducing e-waste.

The AU$1 million investment will come out of the state's AU$16.7 million New Industries Fund, and is expected to divert approximately 1,000 tonnes of e-waste annually from landfill.

"The selected projects will support the recovery of high value material, while diverting materials which may have presented risks to human health and the environment if not disposed of appropriately," Environment Minister Stephen Dawson added.

Among the grant recipients are Curtin University, the Commonwealth Scientific and Industrial Research Organisation (CSIRO), and Epichem, which are all set to receive AU$200,000 apiece for their respective projects.

Curtin University will use the funds to create a mini plant for recycling and metal recovery from printed circuit boards and integrated circuits; CSIRO will develop "innovative biotechnology" for extracting precious and base metals from e-waste; and Epichem has agreed to test whether oxidative hydrothermal dissolution can break down e-waste to produce a range of useful chemicals.

A further AU$400,000 of combined funding will also be allocated to Total Green Recycling, Marlpa Waste Logistics, Shire of East Pilbara, City of Rockingham, Western Australian Local Government Association, and the City of Bunbury to enable an increase in the volume and range of e-waste collected for recycling.

According to Dawson, the 10 grant recipients were selected from over 50 applicants and indicated a "growing interest in Western Australia's recycling industry".

According to a United Nations University study, Oceania -- the region comprising Melanesia, Micronesia, Polynesia, and Australasia -- generated 900,000 tonnes of e-waste as of 2014 and 15.2kg of e-waste per capita.

Asia, meanwhile, generated the highest number of e-waste and is the largest consumer of electrical and electronic equipment, the study said. Singapore and Hong Kong were among the biggest dumpers of e-waste in the East and Southeast Asian region, generating 21.7kg and 19.95kg, respectively, per capita.

CSIRO to use artificial intelligence, machine learning, and sensors to end plastic waste

CSIRO is working with Microsoft and Hobart City Council to develop these new technology solutions.

Annual production of new bank notes, to facilitate the gift-giving tradition marking the Lunar New Year, is estimated to be some 330 tonnes or the equivalent of charging 5.7 million smartphones in Singapore for five days.

Sustainability, circular supply chain goals will depend on as-a-service models

Technology vendors have sustainability goals that won't be met without the ability to easily reclaim products. Enter as-a-service models for hardware.

It's a new partnership between the Western Australian government, Perth Angels, and Minderoo Foundation's Generation One.