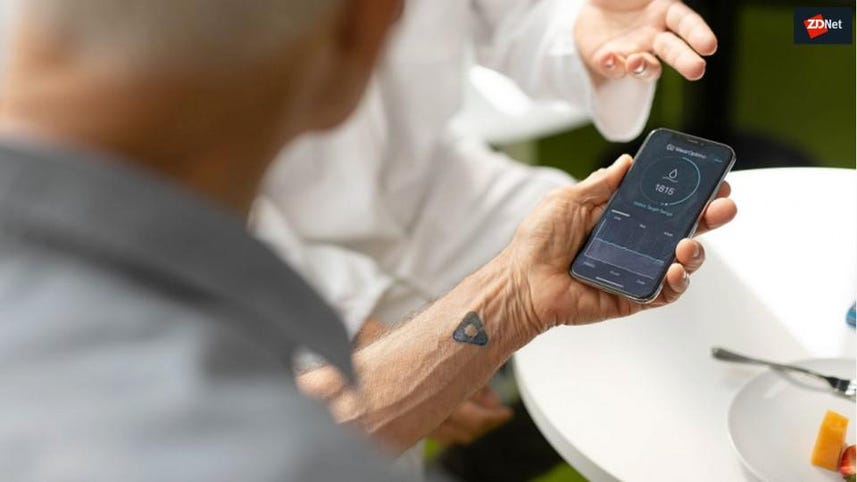 The microwearable sensors feature an adhesive patch embedded with electronic sensors to detect small changes in biomarkers to monitor and report a patient's health in real time when worn on the skin of a patient, such as on the wrist.

WearOptimo touts it has the potential to replace the need for frequent blood tests, and assist with early diagnosis of life-threatening medical conditions such as heart attacks or sense inflammatory markers.

"For example, some of our microwearable sensors will detect and alert you to dehydration whilst people are on the job, or dehydration in the elderly," WearOptimo founder and CEO Mark Kendall said.

"Another type of our microwearable sensor is designed to help with the early detection of heart attacks and cardiovascular disease, which is responsible for 20 million deaths per year.

"We're focussed on helping tackle some of the biggest killers on the planet, so it is a real thrill to receive this important support from the state government through the Essential Goods and Supply Chain Program for our important work."

WearOptimo was established in 2018 as the ANU's "first innovation company" and charged with the role to research, develop, and commercialise wearable medical devices.

"One of our key missions is to help develop and deliver the products and industries of tomorrow that will make our lives better and power our prosperity as a nation," ANU vice-chancellor Brian Schmidt said.

"WearOptimo is taking the latest breakthroughs in health and transforming them from bold ideas into everyday innovations that will make a major difference."

Smart pills and the future of medicine: Insights from your insides

Digital pills are using sensors and cameras to help doctors get a new understanding of their patients.

The future of wearables: Why your smartwatch could soon be your doctor's favourite gadget

As consumer wearables become increasingly packed with medical-grade features, could your hardware be your doctor's new best friend?

Sweat sensor technology is opening up a whole new frontier for both optimising sports performance and medical monitoring.