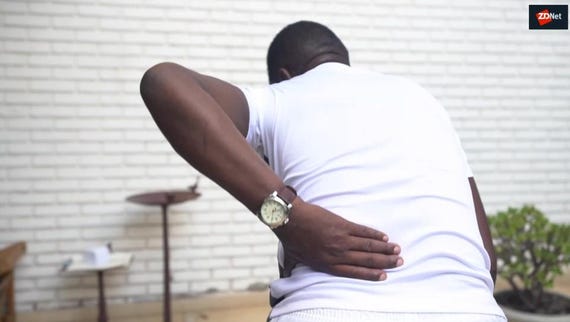 When wearables first hit the market in a big way back in the early 2010s they were pretty simple devices, largely aimed at tracking workouts for sport enthusiasts and fitness geeks. They've come a long way since then: wearables can now not only monitor your steps but aim to promote general good health, even potentially spotting and monitoring medical conditions.

Wearables manufacturers are increasingly putting health-focused functionality into their devices. For tech companies, the appeal is clear: while only a few million people might have a smartwatch right now, billions of people visit a medical professional every year.

As the wearable tech industry has developed, companies are starting to look for their next phase of growth. And there's only so much they can do in the limited market of fitness and athletics, says Siddharth Shah, transformational health program manager at analyst Frost & Sullivan.

"That's where they really realise that healthcare is the next big thing, because healthcare is undergoing a transition," he says.

Healthcare providers are seeing greater incidence of chronic diseases, conditions which need long-term monitoring and management to prevent complications, and which often can be prevented or delayed through lifestyle changes. At the same time, demand – and, therefore, costs – for healthcare continue to rise.

While wearables have long promised a way of helping us improve our lifestyle and fitness, by encouraging us to exercise and sleep better, for example, could they also go on to help us with other elements of healthcare, both inside and outside hospitals?

Today, even relatively cheap wearables have sensors to track things like heart rate, temperature, and blood oxygen saturation, while higher-end devices, in the case of the Apple Watch, can even measure the heart's electrical activity with a single-lead ECG.

All of these metrics are pretty similar to those that medical professionals monitor regularly for hospital patients. Keeping track of patients' vital signs in hospital isn't such a simple business as wearing a watch, however. In-patients will need their vital signs monitored and recorded repeatedly throughout the day – hourly observations aren't uncommon for patients, for example. It's a job that's typically done manually by nurses, who wheel their kit to each patient's bed in turn, measure the data before recording it in patients' notes. It's a vital process, but it's also a time-consuming one.

The idea that clinicians could gather a patients' vitals, continuously and in real time, from their wearable – rather than asking a nurse to do the same job manually once an hour – holds a lot of appeal for doctors and patients alike.

However, getting wearables to become a hospital staple is going to be a long-term effort.

"In reality, the medical-like features which are being deployed on many smartwatches, at least mainstream smartwatches today, are still largely for use within that smartwatch and don't transfer en masse to medical applicability. However, this is the journey which [consumer wearables manufacturers] are all exploring at the moment, and they're moving in that direction," says James Hayward, principal analyst at IDTechEx.

There's still a number of barriers that will have to be overcome to get consumer wearables to be of use in hospitals.

First up, there's the classic IT interoperability problems: hospitals would need electronic health records and other software that could integrate with all the various operating systems that power wearables to be able to gather the data they hold.

Then there's the question of the workflows around that data – making sure if vital signs suddenly go out of whack, the right professional gets that information at the right time, without at the same time generating too many false alarms.

A research base also needs to be built up: research trials need to show that the data wearables gather is sensitive and specific enough to be medically useful.

Of course, there are questions of privacy and data ownership – is the device manufacturer or the hospital the data controller?

And for a bonus, there's also the hurdle of regulatory approval to overcome: any consumer devices manufacturer who wants their hardware to be used in a medical context will need to submit them to, for example, the FDA in the US or the MRHA in the UK.

SEE: Diabetes monitoring is having a smartwatch and smartphone revolution

Whether, and how quickly, device manufacturers decide to address these issues will down to the companies' business models. At the moment, its consumers that buy their products, not doctors. That means features have to appeal to consumers, not to their doctors. But that business model could eventually change if wearables continue to improve.

"Further down the line, if we get to devices that are as accurate and reliable as a medical counterpart, then opportunities for new business models start to emerge. We would expect to see a shift from a traditional B2C device sales model, into other options that incorporate aspects such as reimbursement, insurer contributions or value-based care. But that's still quite a way into the future," says Hayward.

That doesn't mean that wearables don't have a place in hospitals for patient monitoring in the near future, however – they just won't be consumer devices. Earlier this year, Philips released the BX100, a wearable sensor that can be attached to a person's chest to monitor their heart rate and activity, respiratory rate, as well as the patient's activity level and posture. A number of other smaller tech companies have produced similar patch-type devices for measuring and recording vital signs, such as Sensium and VitalConnect.

Having patches like these overcomes one of the other difficulties with using wearables for patient monitoring in hospital: accessibility. "If we want to look into the future, I don't think about it's what these wearables can measure, it's more about how they measure it," says Dr. Bertalan Meskó, director of The Medical Futurist Institute.

"The vision I have for this is I don't have to deal with the devices myself: I just wear a digital patch, like a digital tattoo, that could do the same vital signs and health parameters and have a built-in early warning system. Technologically, we know it's possible, there are companies producing and developing these patches or digital tattoos, but we are yet to see this in practice."

Medical wearables are typically meant to be worn for a matter of days and then disposed of, gathering data just while the wearer is in hospital. Monitoring someone before, or after, their hospital day could open up reams of useful data.

SEE: Amazon's Halo is the perfect fit for its healthcare strategy. Here's why

Here's where consumer wearables could come in: monitoring patients in set use cases. For example, Zimmer Biomet's mymobility app uses sensors in the Apple Watch to assess gait quality after joint surgery, with the data then passed onto the individual's medical teams to monitor their progress once they're back at home. It's in these very specific use cases that consumer wearables could make more of a mark.

"There are medical papers and studies concluding that such smartwatches and fitness trackers can not only help detect things like atrial fibrillation or stroke, but can also help in rehabilitation for patients, because they can get these nudges to change their health behaviour and lifestyle, they can push them into the right direction, leading to a shorter period of rehabilitation," says Meskó.

For now, there's likely to be a split between how wearables are used in hospital-related healthcare; broad ranges of inpatient data will be gathered by devices made by med tech companies, and narrow ranges of data collected by medical devices, and increasingly, by consumer hardware too.

Join Discussion for: The future of wearables: Why your smartwatch...