Full Bio
Posted in Between the Lines on March 6, 2018 | Topic: Enterprise Software

WeWork announced Tuesday that it's acquiring the SEO marketing business Conductor. The terms of the deal were not disclosed. 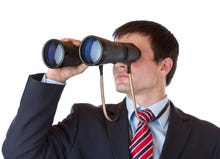 And the winners are...

This is the 10th year of the CRM Watchlist, and the contest gets harder every year. Yet every year, not only do some of the expected win, but some lose and new winners emerge. Suspense killing you?

While a marketing business may not seem like an obvious acquisition target for the workspace sharing company, Conductor should give WeWork a stronger connection to enterprise clients.

"Together, we can help large companies expand their digital presence and deliver customer value through digital content," WeWork said in a blog post.

WeWork became a Conductor client in 2016. "Conductor has helped us improve our digital marketing and online presence by making it easier for us to reach new potential WeWork members based on what they are seeking," the WeWork blog post said.

Along with WeWork, Conductor's other clients include major corporations like Citibank, Salesforce, and CVS. The company, which has more than 200 employees, will continue to operate as an independent business line. CEO Seth Besmertnik will keep his role and report to WeWork president and chief financial officer Artie Minson.

WeWork, launched in 2010 with a focus on startups and small businesses, but it's been adding tools and services to cater to large companies. In 2017, the company launched Powered by We, which allows enterprise companies to tap into WeWork's software and hardware infrastructure. WeWork's customers now include GE, Mastercard, and Samsung. Meanwhile, large companies are now the fastest-growing part of its business, making up 25 percent of WeWork membership.

In his own blog post, Besmertnik said Conductor, following the acquisition, will accelerate its product roadmap and goals. "We plan to launch educational marketing programs around the world," he said. "We are going to scale faster. We will help enterprise brands deliver incredible value to their customers."

While WeWork has been a Conductor customer, the two companies have another connection: Besmertnik and WeWork CEO Adam Neumann attended Baruch College together.