Hardware is a tough game. On one hand, device makers have access to far more infrastructure than they did decades ago. This has led to the explosion of companies that have been able to finance -- and often deliver -- products via crowdfunding platforms such as Kickstarter.

On the other hand, the stakes have also been raised in terms of interface experience. And while it's gotten easier to make gadgets, it's not become much easier to sell them, with a few retailers accounting for the vast majority of sales.

One technique some of the breakthrough companies have tried over the past few years has been category creation -- trying to muster enough momentum to break through the smartphone's functional gravity. A few companies have reached escape velocity, but there's evidence that they keep getting pulled back a bit by the reality of limited markets.

The pioneer of the the now-ubiquitous wide-angle action shot, GoPro has become the darling of advanced amateur and professional videographers subjecting the rugged, boxy camera to the rigors of surfing, skiing, skateboarding and the considerably less rigorous carpool karaoke.

But most of us don't live such extreme lives, and GoPro has tapped out the market of wannabes, particularly as cheaper, cuter substitutes, some from internet unicorns, have come along for the more casual capturer.

And while it was nothing quite like the Galaxy Note 7 problem, GoPro had its own product-related issues last year with its Hero camera and recalled Karma drone. That created an opening for drone maker DJI. The company missed its last analyst estimates by a significant margin and had large inventory surpluses during the holiday season, resulting in layoffs. Where else can GoPro go? Possibly to the DSLR camera space although that might not jibe with its extreme lifestyle brand.

In its early days, Sonos competed on the strength of its modified network layer that allowed for uninterrupted playback of music across speakers in multiple rooms and began flourishing with the growth of streaming services. It's attracted competition from a host of standards over the years that are still plugging away, but none have been able to steal much mindshare or experience away from Sonos' closed ecosystem.

That's why it's not surprising that the company's recent speed bump has come not from some high-end system powered by Play-Fi or AllPlay, but a fairly humble, single-room Bluetooth speaker, the Amazon Echo. Sonos' CEO stepped down after taking blame for missing the trend.

Of course, it wouldn't be difficult for Sonos to add its own support for Alexa or Google Assistant, but it shouldn't tread into the bloody waters of the Bluetooth speakers. Even there, brands such as Ultimate Ears are adding party-play modes that allow the ad hoc combining of up to 150 speakers playing from a single source.

Unlike GoPro or Sonos, Fitbit's products aren't aspirational, at least not financially. Fitbit has sought to advance its product line benefits from simple step counting to wellness coaching. Unfortunately, that path has put it head to head with industry giants Apple and Samsung, and even they have had trouble growing the wearables market. Fitbit is upping its smartwatch capabilities with the recent acquisitions of Pebble's assets and e-ink watch startup Vector.

Both smartwatch companies encouraged third-party development, but Apple and Google platforms have a clear advantage there. Still, if the "killer app" for the smartwatch is health applications, Fitbit has an opportunity to pursue complementary products that integrate other software and services.

In each instance, these once-thriving gadget companies have been attacked by technologies popularized on the smartphones they've sought to circumvent. If they cannot push past the limits to their addressable audiences, they will have to sell more into their existing customer base to grow. 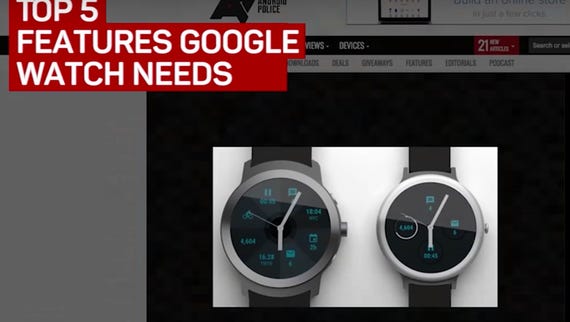 Join Discussion for: When gadget companies hit the growth wall