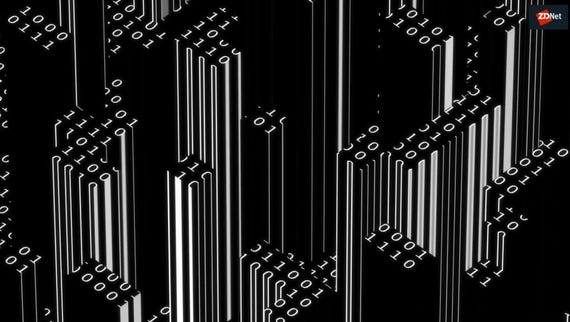 Software development rethink is all about design
Watch Now

Video: Software development rethink is all about design

How long can you expect to use technology that still does its original job -- even if it's not quite as good as newer options? If your answer is 'until it breaks or I need the newer features', you might want to think again.

One example: some Sonos owners now have to choose between keeping the dedicated controllers that Sonos no longer sells -- but that are still working more than a decade on -- and continuing to get updates for their Sonos players.

Sonos has built up huge goodwill and customer loyalty for some pretty expensive products by delivering excellent quality -- and continuously improving those products long after you handed over your money.

Whether it's sound improvements or connections to more and more music services, updates made even your oldest Sonos kit better year after year.

New products were designed to get better in the future. The PLAY3 and subwoofer came with 5GHz radios when cheaper 2.5GHz wireless would have been enough, so that they would be ready to use for surround sound when the Playbar came out a year later.

Every morning, I wake up to music playing on the original ZP100 player from streaming services that didn't even exist when I first set it up.

And before I go to sleep, I check the alarm settings on an elderly but perfectly functional CR100 controller that sits in its charging cradle on the bedside table.

There are things the CR100 can't do. If you want to use Google Play Music with a Sonos speaker, you have to use the app, because the CR100 can't connect to it. But there are limitations to other ways of controlling Sonos players too.

Sonos users have their controllers literally built into walls, or they put them in their children's rooms so they can play music without the worries of using a connected device (whether that's about limiting screen time or keeping them away from dubious YouTube videos).

Sonos stopped making physical controllers a long time ago because smartphones had become ubiquitous and hardware development is pricey (and dedicated controllers were always going to be expensive because of the small scale of the market).

But now the company has decided that the less powerful processors in the old controllers can't cope with the new features they want to put in the iOS and Android apps that are now the recommended way to play music.

Now read: Is it time to simplify software?

Sonos could leave the old controllers running with the subset of features they have been delivering for all these years for the customers who want that, and put the newer features into the iOS and Android apps the way they've done before.

They've been doing that for years already: the CR200 controller has more features than the CR100 and the apps have more still. They could even open source the CR100 code and let the community work on it (although that's problematic with anything involving licences to connect to music services).

Instead, the next Sonos update in early April will turn off the CR100 connection -- unless you decide you don't want any updates at all. (Make sure you set that up in advance -- if you accept the update, you can't undo it and go back to using the old controller.)

That means if you want to keep on using a device you're happy with, you have to give up all the new features on all your Sonos speakers.

The company says its primary concern is the age of the lithium ion batteries in the controllers; although in that case an official device recall would be better than an update that stops them working - and a battery replacement scheme would handle the problem just as well.

A number of Sonos customers aren't happy with the company, even though it is offering a $100 coupon to 'help make the transition' easier.

A lot customers' love for Sonos is down to quality and features -- but a lot of it has been driven by the previously excellent policy of delivering the best possible value for expensive devices by supporting devices long after they're no longer sold, upgrading them with any possible new features and not cutting them off just because there were new features they couldn't support.

The controllers went on sale in 2005 and Sonos stopped selling them in 2009, which is a long time in hardware, but not long enough for some. But the situation does help us to consider difficult questions around how long technology should last, and what to do with products that have reached the end of their commercial life.

Perhaps a useful concept here is what Pivotal's Dormain Drewitz called sustaining passion in her MonkiGras 2018 session last week (it's a small conference covering sustainability and craft in the technology industry run by RedMonk).

Commercial value and even the size of the community involved with a product aren't true measures of whether a technology is truly sustainable, she said, calling them 'vanity metrics'.

Sustainable technology can withstand obsolescence; it can go out of date and out of fashion but still be useful and usable (and even be part of making money for someone). And what powers that is passion.

Letterpress technology dates back to the middle ages; it's obsolete and has been since 1900 when the offset press was developed -- and even more so since DTP arrived in the 1990s. But it hasn't actually gone away: "Passion is why things that should be dead aren't dead yet," as Drewitz put it. Artists, wedding invitations, and activists who want to print at rallies still use letterpress because it does what they want and need. Or take vintage and classic cars; they've long been superseded by safer and more fuel-efficient vehicles, but enthusiasts still drive, restore, and enjoy them.

At the same event, Lars Trieloff from Adobe gave an excellent talk about the responsibilities of developing a software project for 20 years.

Adobe Experience Manager (AEM) is the third most popular web CMS among popular sites (right after WordPress and Drupal) but it started in 1997 as OpenWeb.

His advice for deprecating features or products was "treat it like any other hostage situation -- no sudden movements!" Over 20 years, some customers have lost the code for their site; if an update to AEM breaks their site, Adobe packages up the code that's been deprecated and sends it to the customer so they can install the new version and carry on updating their website, rather than insisting that they throw everything away and start again.

Another veteran software developer at the conference, Ricardo Mendez, talked about how to build teams that deliver results good enough to be considered craft rather than just hacking out results.

Some of that is culture and developing good habits. And one of those habits needs to be avoiding shortcuts -- even shortcuts that other people might consider reasonable or even practical and sensible -- because consistently avoiding shortcuts gives you better results.

That's exactly the kind of attention detail Sonos has always specialised in; the CR100 has an accelerometer so it turns on when you pick it up and the cradle is designed with an angle that automatically slides the controller onto the charging point without letting it tip out, even if it's mounted on the wall.

If your internet connection is down and your alarm uses a streaming service, the alarm switches to the built-in chime rather than playing a silent stream -- because the designers thought about how people would rely on the product as part of their life and planned for how they could best take care of them.

Better quality, better customer service and better craft are how you create the passion for your products that sustains them, something that companies need to carefully consider when making business decisions about what to do with ageing technologies.

Beyond supporting a range of voice agents, Sonos will become a high-profile third party to support AirPlay 2 as Apple prepares its HomePod competitor.

Sonos and Ikea team up for... something (CNET)

The partnership aims to make it "easier for people to play any song, anywhere in the home."