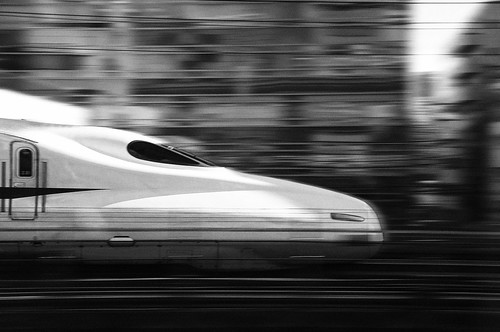 The Obama Administration's decision to award $10 billion to high-speed rail projects across the U.S. has fueled debate over the worthiness of some of the projects. Some governors and state representatives have rejected the proposed railways within their borders as too expensive or ill-conceived. But they are "stuck" with the money. As of now, allocating the funds to other infrastructure or transportation endeavors is not allowed.

This hasn't stopped state leaders from offering thoughts of where the money might be better suited.

Not keen on a Tampa-Orlanda high-speed railway, Florida Congressman John Mica (R) told the Associated Press recently he thinks the federal funds should go to the Northeast Corridor, where ridership is more likely.

Yesterday, Congressmen from Wisconsin, Jim Sensenbrenner (R), Paul Ryan (R) and Tom Petri (R), introduced a bill that would allow states to return their funds. The project in their state is for rail between Milwaukee and Madison, part of a larger rail system that would connect Chicago and Minneapolis. Calling the high-speed rail budget a "boondoggle," they ask the government to direct the money toward the national deficit.

California policymakers have a different idea. In a letter yesterday, Senators Barbara Boxer (D) and Dianne Feinstein (D) asked Transportation Secretary Ray LaHood to give the unwanted funds to the high-speed rail endeavor in their state. Running 800 miles between San Diego and San Fransisco, the project's estimated cost, AP reports, is $43 billion.

It has come to our attention that several states plan to cancel their high-speed rail projects. We ask that you withdraw the Federal grants to these states and award the funds to states that have made a strong financial commitment to these very important infrastructure projects.

California voters have committed over $9 billion in bonds to high-speed rail, putting our state in a unique position to advance this initiative quickly.

Should such a request be granted, states within the Northeast Corridor may want to speak up, get their share.