For the first time in more than twenty years, the White House squashed a verdict handed down by a top U.S. trade court, a result of an ongoing patent dispute between Samsung and Apple.

The move came as a surprise to industry watchers, despite coming only a couple of months after the government set up a taskforce to "protect innovators from frivilous litigation." The Obama administration has long had professional and political links with Apple, the iPhone and iPad maker at the center of the dispute with Samsung over patents crucial to industry standards. 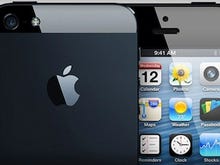 The Obama administration vetoes a ban handed down by the U.S. International Trade Commission following a patent infringement battle with Samsung.

But the move itself was not a show of support to the Cupertino, Calif.-based technology giant. It was to send a signal that "enough was enough, already."

Samsung brought a single wireless networking patent, U.S. Patent No. 7,706,348, used in its range of wireless-enabled devices, against Apple in court. The patent is "standards-essential," an invention crucial for interoperability between devices across a spectrum of manufacturers.

While companies must license these inventions crucial to industry support on fair, reasonable, and non-discriminatory terms, one of the biggest conflicts for the courts is determining where these standards-essential patents have been infringed.

Numerous cases have led courts to rule in favor of an alleged patent infringer because while they attempted to secure a license for use in their products, the patent holder and direct competitor have set costs too high.

The Korean electronics maker called on the U.S. International Trade Commission (USITC) to determine if Apple infringed its patent. The Washington D.C.-based court agreed and handed down a limited import ban that would see a range of older Apple smartphones and tablets barred from Chinese import into the U.S. market.

But this patent kerfuffle is not unique. In fact there have been many that follow almost exactly this path month after month, year after year.

Apple and Samsung have long been seen as the main proponents in the ongoing patent war since April 2011, when Apple launched one after the other a range of patent suits against Samsung for allegedly infringing its design patents. 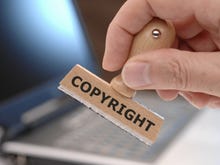 South Korea 'concerned' over US veto on Apple ban

South Korean government voices its concerns over the "negative impact" of the U.S. government's move to overturn a ban of some Apple models in the United States.

One by one, the courts sided with Apple in some cases, Samsung in others, and many other companies joined the lawsuit bandwagon in their own right, launching their own litigation against their rivals. It was a free-for-all. And in spite of an apparent final $1 billion verdict in the Apple-Samsung ding-dong, the case rages on with no sign of letting up. The headlines may have muted but Pandora's box of litigation remains wide open.

The role of the trade court has been heavily relied upon over the past year as the final arbiter on cases where allegedly infringing patents could be barred from import, effectively handing down a U.S. sales ban once stocks of imported devices would dry up from store shelves.

But in invoking the role of the USITC, technology giants brought the patent war dangerously close to the White House, something the Obama administration was clearly willing to keep mostly at arms length during its time in office.

U.S. Trade Representative Michael Froman, who was tasked with a presidential review of the USITC's ruling, disapproved the court's ruling, citing likely hurt to the U.S. economy and its consumers.

Though Froman's decision was "not an endorsement or a criticism" of the Commission, he noted that he "strongly shares" views made by the U.S. Justice Department and the U.S. Patent and Trademark Office (USPTO), which said earlier this year that standard-essential patent cases should rarely lead to a de facto product ban on U.S. territory.

According to statements gathered by sister site CNET, Samsung said it was "disappointed" in Froman's decision. "The ITC's decision correctly recognized that Samsung has been negotiating in good faith and that Apple remains unwilling to take a license," a statement read. Apple said in a statement: "Samsung was wrong to abuse the patent system in this way." 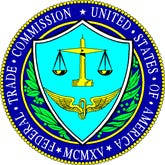 South Korea's trade ministry said it expressed "concern" about the impact the decision would have on patent rights in the country.

"The patent owner [Samsung] may continue to pursue its rights through the courts," Froman added. It was a bounce-back to the regular courts system where it belongs, away from the USITC and away from the White House.

Unlike a USITC ruling, Froman's decision cannot be appealed. It could be a once-in-a-generation slapdown of a specific case that would indicate favoritism on some level — the South Korean government would not be wrong in such assertions.

Or, what is more likely, is that while the patent system remains (in the eyes of many) a broken and unfair system of loopholes and technicalities, the White House has realized the spirit of the system is no longer in good faith and is being systematically abused as a tool of modern competition.

Equally, a U.S. company barred by a U.S. trade court from selling products to its home base of consumers could be an image so economically egregious to the White House that it was force to intervene, and now in the aftermath it has to follow through with the full weight of government.

On Friday, it will be Samsung's turn to face the USITC in a case brought by Apple, which could see a similar line of import bans handed down by the court. Exactly what the USITC will do next is anyone's guess. A delay to the proceedings would not be unheard of considering its emasculation by the White House.

But in a case of "he said, she said," now the Obama administration has stepped into the fray, it only adds further speculation over what comes next. What is clear, however, is that the status quo may not be enough to satisfy the hunger of the patent fighters and the patience of the politicians.