The White House on Saturday shot down a court ruling that would have prevented Apple from selling older versions of its iPhone and iPad in the United States.

According to a letter published by The Wall Street Journal, the Obama administration delegated the decision to veto a court decision made earlier this year by the U.S. International Trade Commission (USITC) to U.S. Trade Representative Michael Froman. 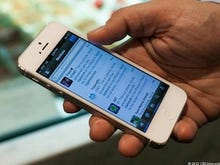 The U.S. International Trade Commission has issued a limited import ban on some Apple products after ruling the iPhone and iPad maker violated a Samsung patent.

The decision went in Samsung's favor based on a single patent — U.S. Patent No. 7,706,348, which is owned by the Korean electronics giant — that included Apple's "wireless communications devices" and "portable music and data processing devices."

Under the order, Apple would not have been able to import the products where they are built and assembled in China into the U.S.

"After extensive consultations [with numerous agencies], I have decided to disapprove the USITC's determination to issue an exclusion order and cease and desist order in this investigation," Froman wrote in the letter.

"This decision is based on my review of the various policy considerations [discussed in the letter] as they relate to the effect on competitive conditions in the U.S. economy and the effect on U.S. consumers."

Froman added in his letter that the decision was "not an endorsement or a criticism" of the Commission. "The patent owner [Samsung] may continue to pursue its rights through the courts," noting that Samsung was still entitled to a remedy.

This is the first time the White House has vetoed an order by the USITC since 1987, according to the Journal.