Once more, the drums are beating for Munich to turn its back on Linux and return to Windows. Oh please! Get a grip!

A Munich administrative and personnel committee recommended an immediate start to the creation of a uniform, Windows 10-based client architecture that can be deployed across the council by the end of 2020.

Why? The public reason was because standard products were necessary for compatibility with products from enterprise software vendors such as SAP.

The real reason, Matthias Kirschner, the president of Free Software Foundation Europe (FSFE) said, was that Munich lord mayor Dieter Reiter has been "against free software from the beginning." This, in turn, was, at least in part, because Reiter wanted Microsoft to move its Microsoft Germany corporate headquarters to to Munich. Microsoft moved and Reiter wants to deliver on his promise to make Munich a Windows-powered city.

In short, this attempt to move Munich's IT department from Linux to Windows has a lot more to do with local politics than it does with Windows' virtues or Linux's shortcomings.

To justify the move Reiter, a self-confessed Microsoft fan, picked Accenture, Microsoft's Alliance Partner of the Year in 2016, to deliver a fair case on what Munich should do with its city IT desktops. Windows supporters in Munich have since claimed Accenture recommended Windows 10 and Microsoft Office.

Guess what? The report, Munich IT Investigation (German link), is public now, and Accenture did not whole-heartily recommend Microsoft. Instead, Accenture, with every reason to recommend Microsoft products, said only between 18 percent and 28 percent of city users had software problems which could be solved by migrating to Windows and MS Office. But, at the same time 15 percent of users reported having severe issues with MS Office.

The city agency having the most trouble with Linux is the human resources department. They claim their Oracle and SAP applications need Windows. They also complain they can't display some PDFs correctly. I think that says more with their own inability to run their programs than it does Linux.

What Accenture actually recommended was "the units and self-employed enterprises should have the choice between solutions for client and Office communication (Microsoft or Linux/Open Source) for their application." True, "Specific applications require a Windows client solution," but that's not all of them.

Accenture also recommended Munich look at the costs of the transition and to plan on continuing to use standard Windows and LiMux configurations. LiMux is the city of Munich's customized Ubuntu Linux and LibreOffice desktop.

Eventually, Accenture sees the desktop as not mattering much at all. In the long run, both Accenture and the committee sees Munich moving to web-based software-as-service (SaaS) programs -- where the client operating system won't matter much at all.

Accenture ended up stating Munich should consider "whether it makes economic sense to continue using Linux as a client operating system." The mayor-dominated committee, however, wants to move to Windows as move as fast as possible.

In the short term, Linux won't be dumped. In the official committee Windows 10 proposal, the "departments and business units can use this newly developed Windows-based client with standard products or can continue using a mixed client architecture of Windows and Linux [German language link] depending on their individual circumstances."

Kirschner calls this "current proposal ... a bad joke. They do not know how what exactly would be involved if they drop LiMux."

We can be sure such a move will not be cheap. According to Accenture, to install Windows 10 and MS Office 2016 on the majority of workstations by 2020, it would cost approximately 66 million euros. LibreOffice's parent organization, The Document Foundation, thinks that's on the low side. Italo Vignoli, co-founder of the organization, believes the move will cost about 90 million euros.

In addition, Munich Green Party councilors, claim it would cost another 15 million euros to replace or upgrade PCs that can run the lightweight LiMux operating system but can't support Windows 10.

He continued, "The proposal associates MS Office document formats with the 'industry standard' concept. It should be clear that all MS Office documents are proprietary and obfuscated, and therefore inappropriate for interoperability."

Therefore, "The Document Foundation thinks that the proposal represents a significant step backwards for the Munich, with a substantial increase in expenditure, an unknown amount of hidden cost related to interoperability, and a questionable usage of taxpayers money."

The Foundation is right.

There are many reasons to stick with LiMux and none compelling enough to justify paying the costs of migrating to Windows 10. That's especially true since enterprise software vendors, such as Oracle and SAP, are rapidly moving their products to cloud-based SaaS offerings. By the time 2020 arrives, the only desktop operating system you or Munich are going to need is one that runs a web browser.

VIDEO: Do CIOs care about Windows 10? 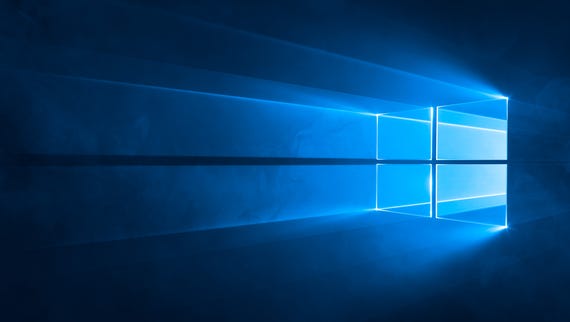 Join Discussion for: Why Munich should stick with Linux