The 2018 crop of iPhones could feature 'Intel Inside,' but it won't be the processor.
Written by Adrian Kingsley-Hughes, Contributing Writer on Feb. 5, 2018 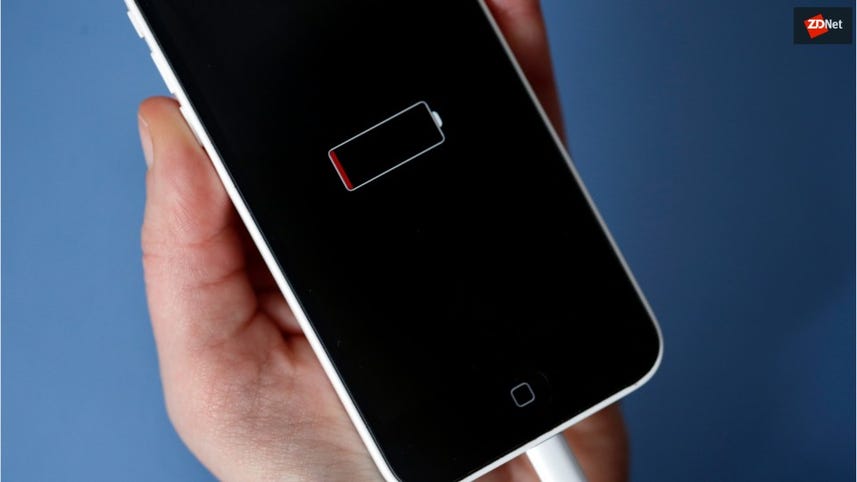 How to check if your iPhone battery needs to be replaced

It seems that Apple is getting ready to up the pressure on Qualcomm by switching to Intel modems for this year's iPhone line up.

The latest from KGI analyst Ming-Chi Kuo, as obtained and reported by 9to5Mac, tells us to get ready for the next crop of iPhones to exclusively use Intel modems, dropping Qualcomm.

Now that Intel modems support both GSM and CMA, it's possible for Apple to use a single modem that will work across the major networks AT&T, Verizon, T-Mobile, and Sprint.

Apple already has started to transition to Intel modems -- with some iPhone X handsets shipping with Intel's XMM7480 modems, while others will ship with Qualcomm's Snapdragon X16 modem.

There's another potential fly in the ointment, which is that Intel may lag behind Qualcomm when it comes to having modems that support 5G networks.

Apple and Qualcomm are hardly the best of friends.

Both companies are embroiled in legal battles, ranging from claims that Apple secretly shared Qualcomm code with Intel, and extensive claims of patent infringement. Qualcomm is also up to its neck in problems with the European Commission, which culminated last month with the company being hit with a $1.23 billion fine for abusing its dominance in LTE baseband chipsets market.

No matter which supplier Apple goes with in the end, buyers can expect faster LTE, which not only means that consumers win, but also that the iPhone will stay ahead of the likes of the upcoming Galaxy S9.

EU rules that all mobile devices, including iPhones, must support USB-C charging

EU rules that all mobile devices, including iPhones, must support USB-C charging