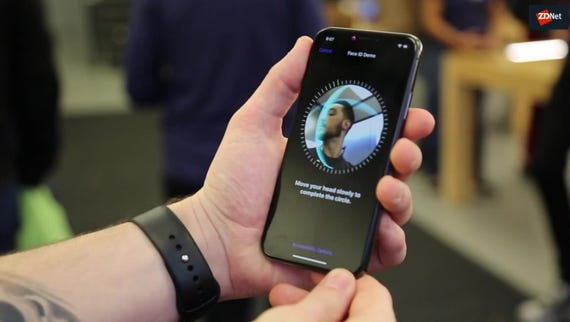 Apple sold 77.3 million iPhones over the last quarter. That's a lot of iPhones. So many that quite a few people have said that they just can't get their heads around it.

Let's break it down.

That means that for the 91 days that spanned the quarter Apple sold 849,450 iPhones a day, or 35,393 every hour, or 590 every minute. That works out at almost ten iPhones sold a second, for every second during that 91-day period. And remember that each of those iPhones sold for an average of $796.

Assuming that each boxed iPhone weighs approximately 500g, give or take, that's around 39,000 metric tons of iPhones, which is the equivalent of 630 Abrams M1A2 battle tanks.

That's a lot of product to shift in little over three months. And remember, the components for these have to be shipped to the assembly plants, assembled, and then shipped out around the world.

iPhones are shipped out of the assembly factories by FedEx using Boeing 777 freighters, each of which can carry 100 metric tons. Doing the math that means it takes almost 400 flights over that three-month period to shift the iPhones.

And remember we're just talking about a single product line, and it doesn't include iPads or MacBooks or iMacs or anything else that Apple sells.

And each iPhone ships with EarPods, a regional charger, a Lighting cable, and a booklet which, well, I'm not sure what's in the booklet because I don't think I've ever read it (who has time for that, am I right?).

Think 77 million is a lot? Consider that since its release Apple has manufactured, shipped, and sold well over a billion iPhones. The scale of the supply chain and distribution network, not to mention the assembly, testing and quality control, for so many handsets is truly mind-boggling.

Join Discussion for: How many iPhones did Apple sell every second?