Microsoft Edge testers want to hide the Bing bar on new tabs and to be able to sign in with a Google account.
Written by Liam Tung, Contributing Writer on Aug. 20, 2019 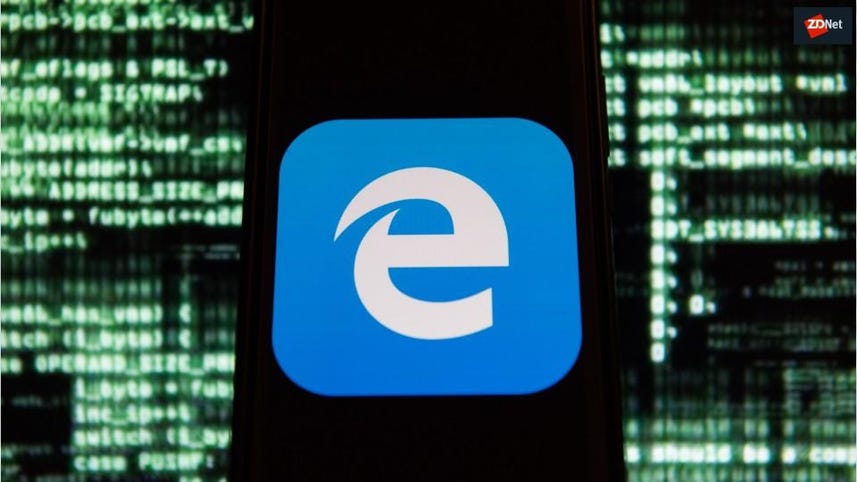 Microsoft is taking feedback from users about what new features to include in its under-development Chromium-based Edge browser. The company has now outlined what's coming up in the next few months and what users want.

It's also outlined a dozen new features in the pipeline, which are most likely to arrive in the Canary channel through September and October updates.

Before getting to the changes, one thing that's not changing is the Bing bar at the top of the new tab page. Microsoft made its search engine an integral part of the new Edge and it's meant to be a "one-stop shop" for searching the web and corporate networks.

However, among the top items listed as user requests for the new tab page is the ability to hide the Bing search bar, turn off the Microsoft-powered news feed, and change the search provider.

Microsoft Edge developers say they are reviewing the requests, but it would seem unlikely Microsoft would be interested in letting users make the Bing bar vanish or in allowing them to switch to Google Search.

Users are also asking for Microsoft Edge to support themes from the Chrome Web Store. The browser does support installing extensions from Google's store. And users want to be able to sign in to Edge with a Google account rather than just one from Microsoft.

There are also requests that seem more likely to make the cut in future builds, such as bringing features from the current version of Microsoft Edge including 'Ask Cortana', tab preview, and the reading list.

The Canary channel in September will include a new option to stop auto-playing video and audio on websites, improvements to the scrolling experience, and a new favorites button on the toolbar. The auto-play blocker will bring Edge in line with Firefox and Chrome.

In the October Canary channel, Microsoft Edge will support inking on PDFs. Also, signed-in users' avatars will be kept up to date. And users will be able to set their own photos as the background image on the new tab page.

Additionally, Microsoft will enable search for extensions in its extension store, 'clickonce' deployment of Windows apps from web pages, and a bug fix for administrator mode.