Windows 10 editions: Everything you need to know

With the introduction of Windows 10 S, your options for buying a new PC just got more complicated. Here are the key differences you need to know about the many Windows 10 editions: Home, Pro, Enterprise, and more.
Written by Ed Bott, Senior Contributing Editor on May 4, 2017 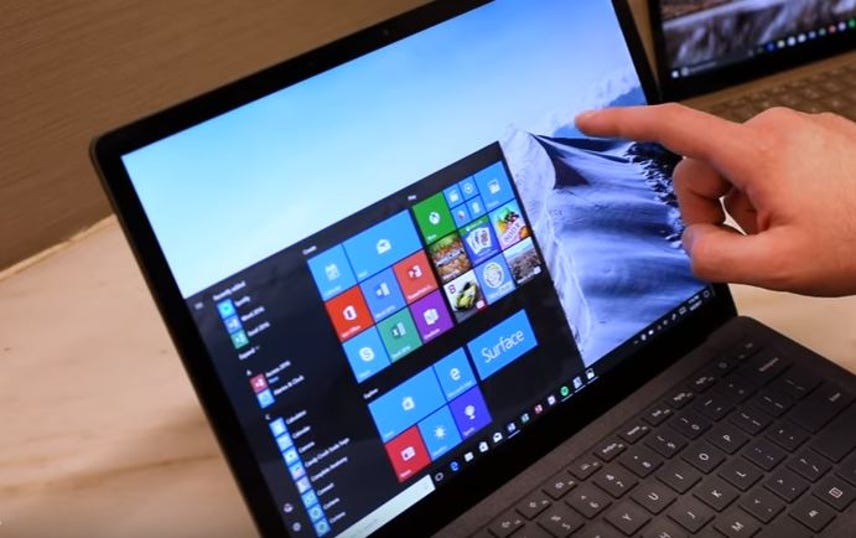 [Editor's note: An earlier version of this article was written and published in 2015, just before the release of Windows 10. It was completely updated and republished following the announcement of Windows 10 S in May 2017.]

This week, Microsoft announced a new Windows 10 edition. Windows 10 S fits between Windows 10 Home and Windows 10 Pro in the product lineup. (For more details, see "What is Windows 10 S?")

Thankfully, there's no indication that Microsoft plans to bring back the confusion of the Windows Vista era, when there were five or six or eight different editions for consumers and small businesses to choose from.

Knowing the differences between Windows editions is most useful when purchasing a new PC and deciding whether to pay the system maker for an upgrade or wait and do it yourself.

Microsoft doesn't help when it uses marketing-speak instead of plain English to explain those differences.

So, just as I read license agreements so you don't have to, I've studied the Windows 10 lineup, removed the marketing gibberish and legalese, and translated the resulting details into plain English.

If you want the short version, just read the bold sentences that follow. But if you're charged with writing about this stuff, please read the details under each one. There will be a test for my fellow tech journalists.

Microsoft announced an addition to its lineup of Windows 10 editions this week.

All of the editions share common features, but are sold and distributed differently depending on the type of device for which they're intended.

All Windows 10 devices share a single Windows Store, which offers access to Universal Windows Apps capable of running on devices of many different sizes.

I guarantee it: Several people who didn't read this far will post something in the comments, asking "Why doesn't Microsoft just sell one single edition of Windows?"

If you took an entry-level Economics course, you got the answer in the first week, when the professor talked about market segmentation. If you missed that lesson, here's how it applies to Windows.

So, OEMs get Windows 10 Home at a rock-bottom price, which keeps the price of consumer and SMB PCs low.

Businesses pay extra for Windows 10 Pro licenses and large organizations pay still more for Windows 10 Enterprise upgrades, both of which unlock features not available in lesser-priced editions. (More on that shortly.)

K-12 Educators might want to use the management capabilities of Intune for Education, which is designed to work well with devices running Windows 10 S. Administrators in those environments see the restrictions on app installation as a valuable management feature, not a limitation.

Microsoft announced a new Windows 10 edition, not a SKU.

You will often hear the terms edition and SKU used interchangeably. That's a common shorthand, and good enough for a casual discussion, but there are actually some important distinctions between the two terms.

Same edition. Different SKUs. The full list of SKUs for Windows 10 goes on for page after page...

This isn't unusual in the computing industry. Apple, for example, has only two iPhone 7 models, but there's a different SKU for every combination of storage, color, and carrier for each one, making for literally dozens of SKUs for the iPhone 7 Plus in North America alone.

There are three and only three editions of Windows 10 for installation on new PCs.

Both the Home and Pro editions are currently available to large OEMs and small PC makers (who typically purchase the OEM System Builder SKUs). These editions can be installed on new PCs, including desktops, all-in-ones, hybrids, 2-in-1s, and full-size tablets.

Windows 10 Home is the cheaper option. It includes the entire Windows 10 feature set, minus a handful of features reserved for the Pro edition. OEMs commonly install this edition on devices aimed at the price-conscious consumer and small business markets.

Windows 10 Pro is typically found on higher-quality, higher-spec business-class devices. It costs more and includes a group of features that enthusiasts, professionals, and anyone on a Windows business network will appreciate: Hyper-V virtualization, BitLocker encryption, the ability to set up a PC as a Remote Desktop server, and the ability to join a Windows domain are the key ones.

When Windows 10 S is released in June 2017, a third option will be available. Windows 10 S has the feature set of Windows 10 Pro with some special configuration options. See the details here: "What is Windows 10 S?")

Microsoft has already announced that large OEMs will be shipping PCs running Windows 10 S when it is released in June. Based on previous behavior, Windows 10 S should also be available in OEM System Builder SKUs as well. It is unlikely that the new edition will be available as a retail (full license) package.

Windows 10 Enterprise edition is an upgrade only.

I can hear some commenters already: "You forgot Windows Enterprise!"

No I didn't. An OEM cannot install a Windows Enterprise edition on a new PC. That edition is an upgrade only.

Businesses must purchase an underlying Pro license (usually as part of the price of a new PC) to qualify for the Windows 10 Enterprise upgrade. A Home license does not qualify for an Enterprise upgrade. Yes, that means a business has to pay for two fairly expensive licenses for a PC running Windows Enterprise edition. I'll buy a drink for the first one of my friends in the tech press who mentions this distinction between the Home and Pro editions the next time they write about this topic.

Large organizations who have Volume License contracts with Microsoft, including businesses, government agencies, educational institutions, and nonprofits, are able to install Windows 10 Enterprise on devices that already have a qualifying license for a Windows Pro edition. Enterprise upgrades are also available on a subscription basis through Microsoft Cloud Service Provider partners.

The Enterprise upgrade gives the business a number of additional features and licensing rights that are important in large organizations on managed Windows networks.

Large educational institutions have their own Enterprise edition of Windows 10.

Windows 10 Education is the Volume License option for educational institutions. These customers typically pay much less than their business counterparts, while still getting the same Enterprise features and rights. Another crucial difference: Windows Home editions (and, probably, Windows 10 S licenses) qualify for Volume License upgrades at educational institutions, which helps keep overall costs down.

Yes, there are some oddball editions as well.

Microsoft's Windows 10 Mobile is still alive, although it would be charitable to say it's alive and well.

Microsoft also offers Windows 10 editions designed for use on ATMs, point of sale devices, and industrial robots. You as a consumer will not care that your bank's ATM runs some weird embedded edition of Windows. The only time you will notice is when it crashes (rarely, one hopes) and someone is there to snap a picture of the error message and post it to Twitter.

There is also a Windows 10 IoT Core edition coming at some point. Again, you will neither know nor care that a device is running this edition of Windows unless something goes wrong.

And that's everything you need to know about Windows 10 editions.