There is nothing lazy about most Windows programmers, but you sure wouldn't know it from their websites and product information.

Last week, I put together a gallery of Windows apps that are great problem solvers. Of the 30 or so tools I use relatively regularly, I selected 15 to spotlight in the gallery. One of the features of our galleries is the opportunity for us to share screenshots of the software with you, so you can see what the programs actually look like. 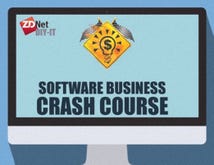 Of the 15 spotlighted products, I found exactly two that had current Windows 10 screenshots on their sites. Of the 15 other programs I looked at, and considered including, not one had a current screenshot on their site.

To be clear, it's not like this software hasn't been updated for Windows 10. All but one of the 30 products I looked at were listed as current for Windows 10, had an update published sometime in the last 12 months, and work on my Windows 10 machines.

But you'd never know it if you went to these software developers' websites. Some sites still had screenshots from Vista. I could not believe my eyes. We're not just talking about a few programs built by folks in their spare time on nights and weekends. We're talking about software produced by teams of people who make their living from this software.

I've written about this before. Yes, Windows software has taken it on the chin over the past few years, but with the renaissance in compelling new hardware, there's reason for hope.

But think about this: Is someone who just ponied up a few thousand bucks for a super-slick new Windows 10-based ultrabook, or even a Surface Studio, going to be comfortable downloading, testing, and buying a piece of software that doesn't look like it's from this decade?

We have been through an incredible roller coaster of innovation in the past 10 years, even in just the past two. Windows 10 is a solid, well-received OS that can breathe new life into your business models if you're a commercial Windows software developer.

How many hours does it take to create a brilliant new update? How many hours do you put in fixing bugs and making compatibility fixes? Do you think you could devote an afternoon to making sure your website doesn't look like it comes from the days before Facebook? Could you possibly launch your programs on a Windows 10 machine and take a few new screenshots?

Go to your website and change up your screenshots. While you're at it, do an audit and make sure the dates of your posts have been updated. Make sure there's something there from 2017. Make sure your last blog post isn't from 2009.

Prove to the world you're not trapped in the land that time forgot. It's not hard. And it might result in keeping you relevant and, who knows, maybe you'll even sell some licenses.

Join Discussion for: Windows devs: If you want to sell software,...