By Rachel King for Between the Lines | February 25, 2015 | Topic: Enterprise Software

Workday published fourth quarter and end-of-year results after the bell on Wednesday, and things panned out well, more or less.

The financial management software provider reported a net loss of $59.5 million, or 32 cents per share (statement). 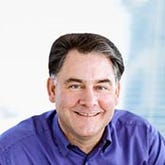 On a non-GAAP basis, the loss was six cents per share on a revenue of $226.3 million, up 59 percent year-over-year.

Wall Street was also bracing for a loss of six cents per share on a revenue of $222.85 million.

For the full year, Workday produced $787.9 million in revenue, up 68 percent year-over-year, with a non-GAAP loss of 33 cents per share.

Workday now has seven offices across Europe with more than 170 customers using Workday in Germany alone.

"In the year ahead, we will focus on strategic initiatives including continued investment in our financial management product, growth of our presence in the education and government industries, and expansion of the business globally," Bhusri promised.

For the current quarter, Wall Street predicts Workday will start its next fiscal year with a slightly larger loss at nine cents per share and $239.46 million in revenue.

Workday responded with a Q1 revenue guidance range of $242 million to $245 million, translating to growth of 51 to 53 percent year-over-year.

By Rachel King for Between the Lines | February 25, 2015 | Topic: Enterprise Software