Workspot and Atlantis Computing have teamed up to bring you VDI 2.0, which is a whole new look at VDI that has the performance you require at the price you want to pay. VDI 2.0 is a combination of hyper-converged infrastructure and Workspot's cloud control plane that delivers virtual desktops to any user on any device.

Workspot's problem with VDI 1.0 is outlined in the following excerpt from the whitepaper titled, "Workspace as a Service enables Secure Access to Desktops, Applications and Data from Any Device".

One major problem with VDI 1.0 was the poor User Experience for many classes of apps and on mobile devices. Since all applications in the desktop are remoted, the user experience of web applications, video apps, real-time apps, VOIP applications, and others suffer. Users cannot work offline. Users don't want a Windows desktop on their mobile devices.

In my interview with Workspot Chief Products Officer, Rana Kanaan, we discussed VDI 2.0 and how Workspot elevates VDI management to new levels of ease, speed, and cost efficiency. We also spoke about my hesitance to showcase a VDI solution because of my past experiences with the technology. 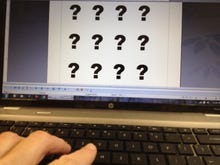 Workspot's partnership with Atlantis Computing has a fresh ring to it. One of the things I like about it is that the Workspot Control system requires no infrastructure investment for companies. As she told me on the phone, Workspace as a Service can be in production in about one hour.

If you've read much of what I've written in the past, you know I'm no great fan of virtual desktop infrastructure (VDI). And I'm not afraid to repeat myself to tell you why that is. The main reason is cost. I've seen many VDI projects fail because the cost is prohibitive and performance is lackluster at best and totally unusable at worst. I've seen good people lose their jobs over these failed projects and it honestly makes me want to never use the term VDI again.

For example, a friend of mine spent a ton (a large number that he doesn't want me to write down in an article) in making his VDI project work. He reports that it works and the performance is good. Just prior to him spending this pile of cash, I gave him some alternatives, such as web-based desktops, terminal services, and not doing it at all. I told him that for what he was going to spend, and had already spent, that he could just buy everyone in the company a Macbook Pro, save money, and have a very happy staff to boot, because VDI doesn't make anyone happy. His stubbornness has netted him a VDI setup that he claims is working, although I'll probably never know the whole truth about it, and a gaping hole where a lot of money used to reside.

The funniest part of the story is that he has cobbled together this solution from at least a half dozen different vendors. What makes it funny is when his users complain about performance, he'll have multiple vendors pointing fingers at each other while his users suffer and his value as a trusted resource plummets.

Cost, performance, and headaches. Plus, even a successful VDI implementation raises more questions, such as:

Perhaps Workspot has worked the kinks out of VDI management with its Workspot Control product:

Workspot Control is a 100 percent multi-tenant cloud service. With Workspot Control, you can provision users, desktops, apps and data, set security policies, and monitor for abnormal behavior, errors, and performance in real-time.

Workspot separates the data from the control plane, which means that data flows directly between the Workspot client and the application.

This combined effort between Workspot and Atlantis Computing promises to bring significant savings and great performance to customers who want to break the VDI barrier. The combination of Atlantis Computing's VDI solution coupled with Workspot's cloud-based management application is interesting to me, but I'm cautiously optimistic from what I've seen so far.

Amitabh Sinha, CEO of Workspot, said that "This partnership with Atlantis provides our customers with a hyper-converged platform that enables our customers to cut their infrastructure cost per desktop by up to 80 percent, but not only offers customers VDI at a competitive price and speed of deployment, but also introduces new modular scalability to our Workspace as a Service offering."

I'm excited to see a solution for VDI that works as promised. While I haven't seen a direct demo of the Workspot Control management system, I'm confident that they're onto something impressive. Frankly, I'm ready for VDI 2.0, because VDI 1.0 just didn't do it for me.

I'd like to know if your company has taken the VDI plunge and how much the cost per desktop is, amortized of course. I'd also like to know about your solution's performance and its life expectancy. If you're interested in a demo of Workspot Control or the VDI solution from Atlantis Computing, please contact those companies directly and let me know how it goes for you. If enough of you are interested in a demo, I'd like to sit in and watch for myself and maybe get some feedback from you as well.

Join Discussion for: Workspot ushers in the age of VDI 2.0