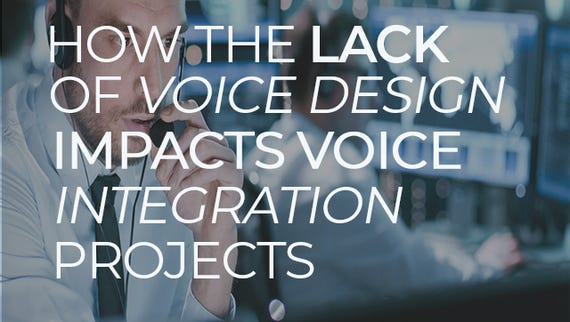 The worry of Alexa messing things up isn't worth the convenience.

Although I've been blogging at ZDNet for a couple of months about Amazon, Alexa, and other voice-first devices, this post marks a beginning of sorts.

Due to the graciousness of my friend and CRM Playaz partner Paul Greenberg, I have been doing a weekly guest post on his very influential CRM industry blog, Social CRM: The Conversation.

Also: Voice and the next generation of CRM adoption

But this post is my first one under a new blog I'm calling Voices Carry.

The seeds of this blog came in November 2014 when I got my first Echo device. I had no idea what it was, but Amazon invited me to buy it at 50-percent off before it was generally available. I guess they knew (no doubt by looking at my buying history) that I was a sucker for gadgets and would be a shoe-in to buy this thing without giving it much thought.

It didn't take too long for me to be pretty intrigued with the Echo -- but not because of how great it was at answering questions. (It wasn't all that great at handling anything other than some straightforward queries.) Rather, it was Echo's potential for making it easy to ask Alexa to give me quick answers or easily handle tasks I wanted done.

As a CRM industry watcher over the past decade and a half, I immediately started thinking about the impact devices with voice assistants could have on customer behaviors and expectations -- and how voice technology could force enterprises to eventually communicate through them to improve customer experiences.

And I wasn't the only one who became intrigued with how smart devices with voice assistants could change the relationship humans have with their devices.

I had a conversation with HubSpot co-founder and chief technology officer Dharmesh Shah during the company's annual Inbound Conference in 2016. After his keynote, where he stated conversational interfaces were, to him, the most important technology in decades, he offered up these thoughts to me:

"The most efficient form of input to a device is the voice... What Amazon Alexa, Siri, Google Home and all these things essentially teach us, which we've sort of forgotten, is how to be human and just be able to say things. People can express the things they want in direct terms. They don't have to translate it from the words that are in their head. They just have to say the words and that's enough."

Now the idea of voice technologies humanizing the way we use technology to interact with the world isn't exactly a new thing, but it does feel like we're finally getting closer to realizing it. And that realization will have unintended consequences to go along with the ones we are expecting and hoping for. We hope better natural language processing will lead to us being able to speak naturally and directly, and receive better experiences and interactions from it.

Shah also expects his job, as a software creator, will be simplified as more customers use conversational interfaces. Why? He'll have a clearer understanding of what customers want if they're able to speak naturally to devices without a need for layers of translations that could potentially change/misinterpret/distort the intended need.

Coupled with my own curiosities around voice-first devices, and having dozens of conversations with software executives like Shah, my interest in watching how voice interfaces in particular will shape CRM, customer engagement, customer experience, and pretty much all interactions taking place between customers and vendors has only grown deeper and wider.

For a taste of a recent conversation, check out the embedded video with the cofounder of conversational middleware platform Webio Paul Sweeney. He discusses how the lack of voice design and its impact on voice integration projects was revealed at Convercon, the UK-based conversational interfaces conference he founded last year.

So, the aim of this blog going forward is to share thoughts, examples, experiences, discussions, and commentaries on how these modern voice interfaces and technologies will do all of the above. And, with employees and partners interacting with customers on behalf of the organization, we'll also look at how voice technologies impact the way these folks do their jobs as part of the customer engagement ecosystem.

Subjects we'll focus on include:

That's a pretty big list of things to tackle -- with none being more fascinating than that last one. But that's what makes this area so interesting, because the potential ramifications are huge, the rate of change is fast, and the stakes seem to grow with every new development.

"In the early days what's going to happen is the bots are going to be playing more triage; maybe they can answer 5 percent the questions with some reasonable degree of accuracy. Over time that percentage will go up and up and up because we will have this growing knowledge base; the bot will know more and more things. It will learn essentially over time. And this is not that far off... I think this move to machines and software will actually help us be more empathetic."

Now that is a mouthful, and a lot to look out for. We're three-plus years into the Echo/Alexa combo popularizing the smart speaker category and rise of voice-first devices. (Yes, Siri was there well before that, but it didn't move the needle like Alexa did.)

This is a pretty good time to follow this stuff from a CRM-ish perspective. And if you're as into this as I am and know of people and companies doing interesting things in the space, please let me know about them. Just because the big boys like Amazon and Google are the ones driving the main story lines here (and I've been guilty of focusing heavily on mostly Amazon) there are lots of things happening outside of the obvious players.

Here's to seeing just how far voices will carry us into transforming the relationship customers have with the companies they do business with.

We found out that Prime Day was Amazon's biggest sales day ever, and millions of Echo devices were sold. But we didn't find out if voice shopping reached an inflection point on the way to going mainstream.