Hacking isn't necessarily about just having an in-depth knowledge of code: It's about enjoying a challenge and problem-solving.

While understanding the bare bones of computing and networking before working your way up are critical components of having a successful career in cybersecurity, the work opportunities vary based on your interests and the path you wish to pursue.

One path you can pursue is that of ethical hacking: Learning how to think like an attacker in order to find and remediate vulnerabilities before threat actors are able to exploit gaps in enterprise systems for illicit financial gain, cyberespionage, or to cause damage.

One aspect of these courses is that they focus more on offense rather than defense, and topics covered often include penetration testings, malware analysis, exploit creation, and a study of today's modern hacking tools.

Below, ZDNet has compiled a list of recommended courses to explore in the ethical hacking field. 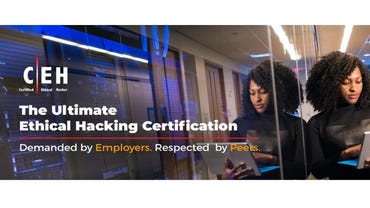 The first recommendation, and perhaps the most well-known option today, is the EC-Council's Certified Ethical Hacker (CEH) qualification.

CEHv11 teaches students about today's modern hacking techniques, exploits, emerging cybersecurity trends and attack vectors, and how to use commercial-grade tools to effectively break into systems.

Learners can also pick up a bolt-on of 24 hacking challenges over 18 attack vectors such as bash exploits, server-side request forgery (SSRF), file tampering, and blind SQL.

This certification would suit a range of roles including security analysts, pen testers, network engineers, and consultants. 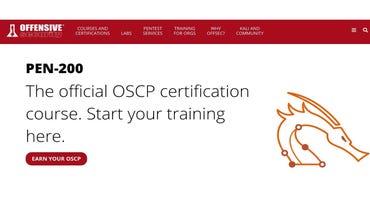 The vendor's focus is hands-on learning rather than just lectures and academic study, and encourages both critical thinking and problem solving with the"Try Harder" slogan.

You will need a solid grounding in network principles and an understanding of Windows, Linux, and Bash/Python will help.

If you're serious about pursuing a career in ethical hacking but are looking for somewhere to start, the OSCP will give you a qualification well-received in the cybersecurity industry. 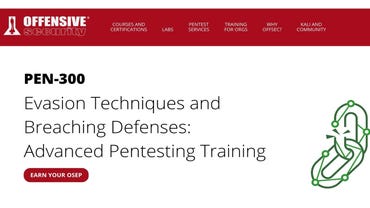 Another ethical hacking certification you should consider is the PEN 300 (OSEP). The course builds upon PEN 200 and offers more in-depth, advanced penetration testing training, field work instruction, and studies in perimeter attack and defense.

Topics include antivirus evasion, post-exploits, how to bypass network defenses and filters, and Microsoft SQL attacks. You are awarded the OSEP once you have passed the 48-hour exam. 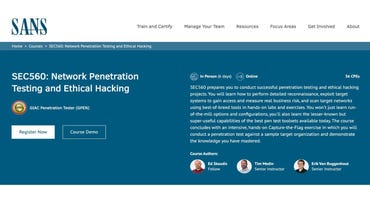 The SANS Institute also offers courses that are likely to be of interest to anyone pursuing a career in ethical hacking.

One such course is SEC560, a journey into how to perform reconnaissance as an attacker and exploit target systems to obtain initial access. SANS teaches learners about typical and less well-known methods to infiltrate systems through hands-on exercises and lab sessions.

The course is affiliated to SANS partner GIAC's Penetration Tester (GPEN) and ends with a Capture The Flag exercise to test your new skills.

Exploiting web apps for the enterprise 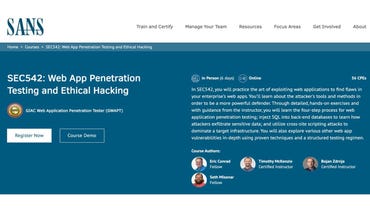 Another option to consider from the SANS Institute is SEC542, which focuses on the ethical hacking and testing of enterprise web applications.

SEC542 focuses on teaching participants how to spot vulnerabilities in web explications, how to exploit them, and what tools and techniques attackers may use to compromise these types of software.

The course includes hands-on exercises and instructor guidance based on a four-step process in web application penetration testing. 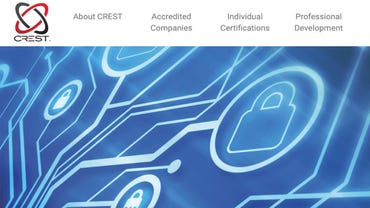 CREST is a course provider also of note as an organization that offers professional development qualifications in information security.

What roles can an ethical hacking qualification benefit?

Recruitment paths vary country-to-country, but ethical hacking courses can be of use to those who want to become penetration testers, security analysts -- an umbrella term common in the field -- cyberforensics, consultants, and members of red teams.

Which is the right certification for you?

If you're looking at a certified ethical hacking course, you should consider what course is right for you in terms of career development. Cybersecurity professionals are in high demand and while the career can be a lucrative one, you should have researched whether or not specific qualification swill benefit you in the future, whether at your current job or in a future role.

How did we choose these certifications?

Our recommendations are based on courses that offer learners instruction in different areas of ethical hacking: whether focused on offensive security, pen testing, or the aftermath of incidents and the means to effectively investigate as a member of a cyberforensics team.