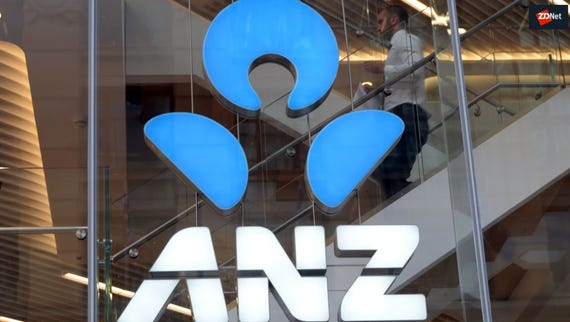 Yearly revenue from the bank's Australian business came in at AU$9.6 billion.

Delivering the bank's 12-month results, CEO Shayne Elliott said the multibillion-dollar profit comes as ANZ is halfway through its transformation project, kicked off in response to a changing digital landscape.

"Two years ago it was clear we needed to reshape ANZ's future. Although we had a strong business, the external environment was changing faster than we were and our customers, the community, and our shareholders expected much more from us," Elliott told shareholders Thursday.

"We have made some difficult calls in that time and the new shape of ANZ is now emerging."

What is emerging is a bank that is focused on delivering better services for its customers, Elliott said, adding that innovation is helping to make banking more convenient.

During the 12 months to September 30, 2017, ANZ coughed up AU$935 million on technology infrastructure.

ANZ has also this year introduced Fitbit Pay, Samsung Pay, and instant card replacement for customers with a digital wallet.

"ANZ is becoming a simpler, more focused bank with the capacity to quickly adapt to the changing environment and invest in the significant organic growth opportunities that exist in our core businesses," Elliott added.

The bank also revealed it was looking to implement voice biometrics as the method of authentication in its call centres across all of its front doors, after the company rolled out its voice identification technology on the bank's Grow by ANZ app in September, following trials conducted in April.

When announcing the trials, ANZ managing director of customer experience and digital channels Peter Dalton touted voice biometrics as the next step in making banking more convenient for customers while also strengthening security.

"One of the key challenges today for banking as the world becomes more digital is making it easier for customers to do what they want to do in a safe and secure way," he said previously.

The bank recently revealed it was experimenting with blockchain-based technology, focusing initially on the "less glamorous side" of clearing settlement and reconciliation, with GM of Wholesale Digital Transformation ANZ Nigel Dobson calling it the end of the value chain that is most in need of transformation.

Dobson said ANZ has conducted a number of proof of concepts with other banks and organisations, particularly around reconciliation and payments. It also recently completed a blockchain-based trial with tech giant IBM, alongside competitor Westpac, to digitise the bank guarantee process used for commercial property leasing.

During the financial year, ANZ lost 1,658 staff and now boasts 44,896 full-time staff. It also kicked off an Institutional Data Science team that is expected to focus on winning the bank new business through data analytics.

"What we're trying to build at ANZ is really an agile, flexible approach that allows us to respond to these needs really quickly.

"We want to keep reinvesting and making sure we're constantly reshaping and responding to market conditions."

While delivering the bank's first-half results in May, Elliott announced ANZ was moving to a scaled agile approach to organising and delivering work, aligning itself with the likes of Google and Spotify which use the approach within their respective organisations.

"We are moving quickly to meet customer expectations by delivering more of our services through digital channels, with digital sales in Australia up 24 percent," Elliott said at the time.

"These results show we are creating a very different bank, one that is consistently producing better outcomes for customers and for shareholders. These are still early days and I am pleased with the significant momentum we have now established in the business.

The CEO highlighted previously that his intention was to accelerate the bank's transformation through wider implementation of scaled agile throughout ANZ.

"We need to be out there responding to our customers' expectations, community expectations at pace. We have to think about the way we organise ourselves, the way we work to enable that," Elliott added on Thursday. "That's what this agile way of working is about. We kicked it off early in the year; we've done a lot of planning. It's really quite exciting to be in that division at the moment, there's a lot of buzz, there's lots of excitement about what the future holds."

Elliott said that in early 2018, ANZ will be moving to this way of working, anticipating it to be a "really terrific differentiator" for the bank.

ANZ also announced on Wednesday it had expanded accessibility features for ANZ Visa Debit cards, including features to assist customers with visual impairment and reading difficulties.

For the first half of the 2017 financial year, ANZ recorded AU$2.9 billion in after-tax profit, an increase of 6 percent year on year, on total revenue of AU$10.6 billion.

In its 2015-16 full-year results, ANZ posted AU$5.7 billion in statutory net profit, representing a 24 percent tumble year on year. At the time, the bank attributed the profit dive to, amongst other things, its focus on competing in the "digital age".