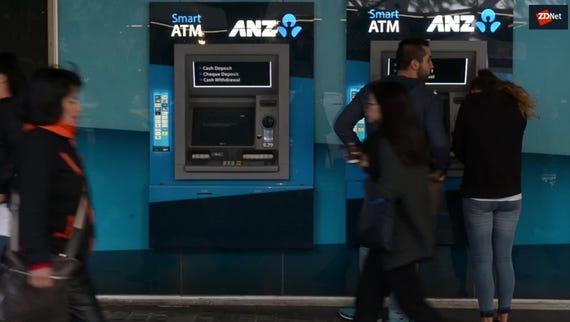 Australia and New Zealand Banking Group (ANZ) has announced it will be introducing voice biometrics to its mobile banking in a bid to improve security on high value transactions.

From mid-2017, customers transferring more than AU$1,000 through ANZ's mobile apps will be able to use their voice to automatically authorise high value payments, and bypass usual security measures such as visiting a branch in person.

ANZ will kick off the new technology with a pilot running with ANZ staff and select customers in May using the Grow by ANZ mobile app. The service will then be rolled out to ANZ goMoney and other digital services progressively, the bank said.

According to Peter Dalton, ANZ managing director customer experience and digital channels, voice biometrics is the next step in making banking more convenient for customers while also strengthening security.

"One of the key challenges today for banking as the world becomes more digital is making it easier for customers to do what they want to do in a safe and secure way," he said in a statement on Monday.

"A person's voice has five to 10 times as many security points than other methods such as fingerprints so we know this will improve security and be welcomed by our customers.

"The technology is now so advanced that it can tell the difference between identical twins or even a voice recording."

Dalton expects the technology to be popular among customers who he said are becoming more comfortable with using their voice to perform basic commands on their devices.

In developing the technology, ANZ partnered with natural language company Nuance, who recently partnered with Domino's to deliver its new DRU Assist, an in-app artificial intelligence virtual assistant that allows customers to order a pizza using their voice.

Powered by Nuance's Nina, Domino's DRU Assist engages with customers in human-like conversation via text or speech recognition. Beyond ordering, DRU Assist can converse with the customer about menus, ingredients, store locations, and operating hours from within the Domino's app.

In delivering the bank's Q1 update, ANZ CEO Shayne Elliott told shareholders his bank has the capacity to invest in the full slate of digital technology that it has long boasted a focus on.

"That's something that we can never have enough money to invest in digital. The reality is that it's about getting the right cost mix," Elliott said in February. "That's things like Apple Pay, things like the whole digital experience that we want to continue to improve."

ANZ also recently extended its contract with Singtel and its subsidiary Optus Business, which will see the telco giant provide telecommunications and managed services to the bank throughout Australia and Asia out to 2020.

At the time, Elliott said Singtel's services have "played an important role" in the bank's adoption of technology to simplify and enhance banking, as well as advocating staff collaboration.

Join Discussion for: ANZ to use voice biometrics for securing...