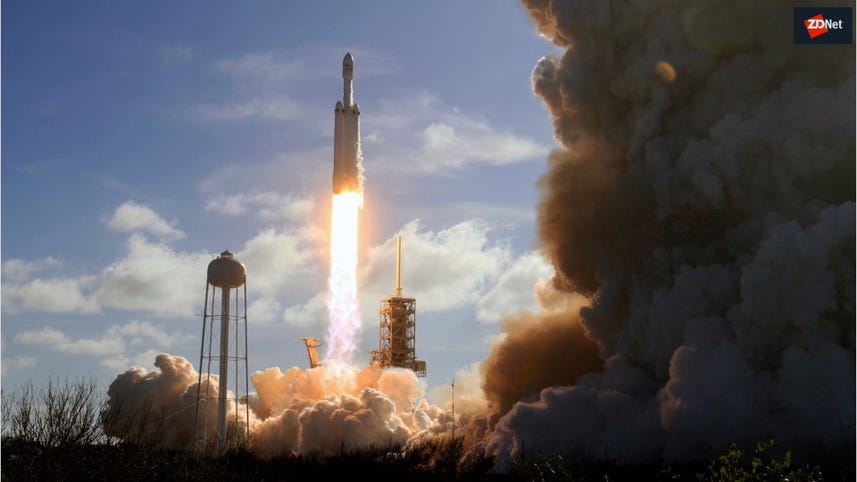 Satellites cast into low Earth orbit by Elon Musk's rocket company, SpaceX, are disrupting astronomy research due to the vehicles' brightness in night skies – and the problem could get much worse unless design changes are made.

SpaceX last month launched another 60 Starlink satellites on the back of a Falcon 9 rocket. They are intended to become part of a mesh network designed to deliver broadband to underserved areas across the world.

There are about 120 orbiting Earth today, but there could be as many as 12,000 in the next few years.

While Starlink promises to solve broadband speed and latency issues in rural areas in North America, the satellites are already causing interference for astronomy scientists across the globe because of their brightness.

NewScientist reported that astronomers complained after the initial batch of 60 satellites were launched in May that they were extremely bright.

While the fleet is small now, the astronomers are concerned that Musk's plans for several thousand broadband-beaming Starlink satellites could become a real problem for space imaging in the near future.

A key observation point affected by Musk's satellites is the Cerro Tololo Inter-American Observatory (CTIO), home to the Southern Astrophysical Research (SOAR) and Gemini telescopes, which are located in the foothills of the Andes, 7,241 feet (2,200 meters) above sea level.

"I am in shock," wrote CTIO astronomer Clara Martinez-Vazquez on Twitter in November, referring to the Starlink satellites. "Our DECam exposure was heavily affected by 19 of them," she tweeted. "The train of Starlink satellites lasted for over five minutes."

The Association of Universities for Research in Astronomy (AURA) in November issued a statement about the interference it expects Starlink satellites to cause for the Large Synoptic Survey Telescope (LSST), which is under construction in Chile and expected to begin imaging the sky in 2022. The LSST will be used to detect near-Earth asteroids.

The LSST team estimates that "nearly every exposure within two hours of sunset or sunrise would have a satellite streak". In summer, it could have a massive affect on the telescope's ability to observe the sky during twilight.

"Detection of near-Earth asteroids, normally surveyed for during twilight, would be particularly impacted. Dark energy surveys are also sensitive to the satellites because of streaks caused in the images. Avoiding saturation of streaks is vital," the group warned.

AURA has also posted two time-lapse videos that demonstrate the impact Starlink satellites are having on observability of space from Earth.

SpaceX says it is taking the astronomers concerns seriously. Per Spacenews.com, SpaceX chief operating officer Gwynn Shotwell said the next batch of Starlink satellites will have a "coating on the bottom", but added that it's not known whether the fix will solve the brightness problem.

Shotwell said SpaceX will launch 60 satellites every two to three weeks for the next year to deliver global coverage by around mid-2020.

Elon Musk has said Space X needs about 400 satellites to provide "minor" coverage and 800 for "moderate" coverage of North America.

The rocket company will be able to launch a global Starlink satellite broadband service after 24 additional launches, at which point the North American service is scheduled to be available. With 30 launches, SpaceX would have 1,800 Starlink satellites.