India's Department of Telecom (DoT) latest report indicates that as of July 31, 2013, tele-density in rural India is only 41.64 per cent, while urban India enjoys 146 per cent, according to The Times of India. 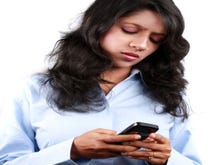 Stop passing the buck for India's telecom mess Minister Kapil Sibal criticizes India's apex court for intervening in the telecoms industry, but the problem goes deeper in that the government views the sector as a "golden goose" instead of an enabler for change.

The absence of a vibrant telecom ecosystem in rural India only widens the digital divide between those who have access and those who don't. As such, India may miss its target of 175 million broadband subscribers in rural India because of the lack of support from Indian mobile operators. The DoT has attributed the digital divide and dismal rural tele-density as a mix of higher telecom infrastructure rollout costs, low average revenue per user, limited optical fiber network reach and wide income disparities.

Is it fair for rural India to miss out on both broadband and telecom services for these reasons? I don't think so. If anything, I would view both broadband and telecom services to be necessities such as electricity and water, in order to fuel India's growing economy. How can rural India both progress and keep up if they're left behind? Certainly, that's not fair, and if anything, the Indian government should step in and offer either relief or subsidies to all the parties involved.

At the end of the day, Indian mobile operators want to make money, no question about that. Clearly, they're making a killing in urban India. But how would they know what they could potentially earn, eventually over time, in rural India, if they don't bother to make their presence felt?

This is unfortunate reality of life in India: segregation of society, and now it's the Indian mobile operators who are taking their turn by turning their back on rural India . What about those who travel and/or migrate to rural India from urban centers? Aren't they going to want to receive the same products and services they did before? Sure they are, but it appears Indian mobile operators have turned a blind eye.

What I personally see happening is that in the near future, especially with the de-regularization of foreign direct investment (FDI) in India, including the telecom sector, more foreign players will soon enter the Indian market and most likely partner with one of the larger, leading, Indian mobile operators to reach out to rural India. Again, the real benefit would go to the new entrant with all the incentives to invest, along with expected tax breaks received from the Indian government. Who knows, maybe India will have AT&T, Sprint, or Verizon here in the future. After all, we already have Vodafone.