NBN moves into Layer 3 with Sky Muster Plus launch 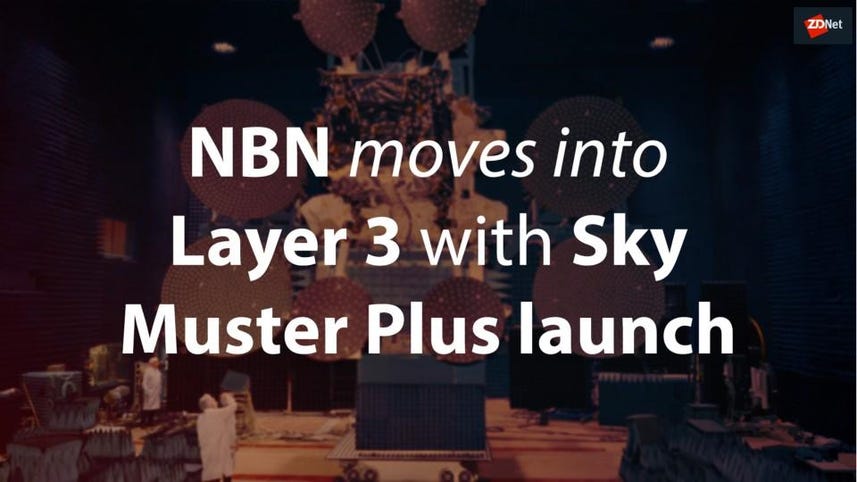 The company responsible for deploying the National Broadband Network (NBN) across Australia has taken the wraps off its Sky Muster Plus plan, first flagged in November last year.

The service will see NBN offer a Layer 3 service, that will enable it to exempt certain traffic from its data quota on satellite services. NBN warned customers that the use of VPNs and moving data across non-HTTP/HTTPS ports will mean that data will be counted towards the quota.

Sky Muster Plus offers a standard 25/5Mbps service, with the company saying that depending on network capacity, users may be bursted to higher speeds.

"Insights from a Sky Muster Plus trial, which ran from 7 June until 8 August 2019, revealed four out of five existing Sky Muster customers reported an improvement in their online experience during the trial, with many reporting the unmetered data was particularly helpful when it came to managing their overall data usage," the company said.

NBN CEO Stephen Rue said around one-third of the data used in July was unmetered.

"This not only frees up more data for metered activities such as video streaming or accessing cloud storage but will also provide comfort to customers who can continue to access essential internet services such as online banking any time," Rue said.

"We know this is particularly important for small businesses, which are critical to local communities."

During evening busy hours, 7pm to 11pm, NBN will shape operating system updates to 265kbps, and said application, games console updates, and "non-system software updates" would count towards the data quota. The company added that if a user was downloading OS updates for more than 20 devices, it would be deemed unfair usage.

NBN also said on Monday it is seeing an average of 100 calls a day to its call centre on the subject of suspected scams.

"Our own contact centre has received more than 9,500 enquiries over the past quarter alone from the public, nationally, about suspected scams," NBN chief security officer Darren Kane said.

"As we close in on the end of the network build, scammers are increasing their efforts to take advantage of the NBN brand as a way to steal people's personal or financial details and using increasingly sophisticated ways to convince people of their legitimacy."

Kane pointed out NBN is a wholesaler, and does not contact potential users to sell services.

"People aged over 65 are particularly vulnerable, making the most reports and losing more than AU$330,000 this year. That's more than 60% of the current losses," ACCC Acting Chair Delia Rickard said at the time.