Speedtest has released its latest Global Index, finding that the global mean of download speeds has increased over the last year on both mobile and fixed broadband. The index tracked download speeds worldwide from July 2020 to July 2021.

"Over the last two years, there were only two months when the global average for mobile download speed did not show an upward slope: February and March 2020. Speeds began increasing again in April 2020 but did not recover to pre-February levels until May 2020. This coincides with initial lockdowns due to COVID-19 in many countries," Isla McKetta, head of content at Ookla, explained in a blog post.

"There was a similar dip in download speed over fixed broadband in March of 2020 as we saw on mobile." 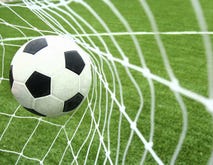 As the World Cup countdown begins, can Qatar score with raft of new broadband goals? Qatar has laid out an ambitious plan for the country's broadband market. From greater competition to 1Gbps for schools to fibre for the World Cup stadiums, Qatari broadband will be getting a makeover in the next few years.

Surprisingly, the lists for countries in the top 10 of the Global Index are completely different aside from South Korea, which is on both lists this year.

According to Speedtest, the United Arab Emirates came in first place for mobile in both 2020 and 2021, followed by South Korea at number two this year. China, Qatar and Cyprus rounded out the top five. Norway, Saudi Arabia, Kuwait, Australia and Bulgaria also found their way onto the top ten list.

McKetta noted it was interesting that both Australia and Canada declined on this year's list despite dramatically improving their speeds over the past three years.

Monaco was sixth in the 2019 list and 10th in 2020 but skyrocketed to number one this year. Singapore and Hong Kong have both placed highly on the list over the last three years. South Korea has dropped lower in the ranking each year, and both Chile and Denmark are first-timers in the top 10, bumping out the US.

The countries that saw increases in mobile included China, Kuwait, Saudi Arabia, Switzerland and Bulgaria, but these countries also saw no changes with broadband. According to the report, Thailand and Singapore saw declines in both mobile and fixed broadband compared to the global average.

The best internet speed tests These will help you identify the network problems behind your laggy connection.
China | Government | Hong Kong
Show Comments
LOG IN TO COMMENT
| Community Guidelines