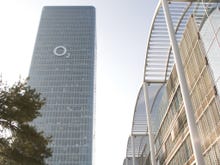 Mexican telecom giant América Móvil, KPN's largest shareholder, has agreed to sale after Telefonica Deutschland upped its offer for E-Plus to include a higher price tag and a larger stake for KPN in the new company that will be formed after the sale when O2 Germany, Telefonica's local brand, and E-Plus are merged.

América Móvil, which is controlled by business mogul Carlos Slim, currently owns about 30 percent of KPN. Previously, Slim had threatened to block the sale, noting that he thought that the initial €8.1bn figure was too low. Relatedly, América Móvil is seeking to up its shareholding in KPN and gain majority control of the Dutch company with a €7.2bn bid.

With América Móvil's approval, the E-Plus deal is likely to go through, but must be voted on at a KPN shareholder meeting in October .

Once completed, however, the merger still faces some regulatory scrutiny in Germany. Combined, Telefonica Deutschland's O2 and E-Plus would have a customer base of about 43 million, more than competitors Vodafone (32 million users) and Deutsche Telekom (37 million users). Andreas Munt, the head of the Bundeskartellamt, Germany's federal competition authority, recently told the newspaper Frankfurter Allgemeine Zeitung that the merger would have "significant consequences" because it would narrow the German mobile market from four main providers to three.