Facebook expands Portal lineup to work on your TV

The company's new video-calling devices get a new look, and can even plug into your TV set now to leverage the larger screen.
Written by Jason Cipriani, Contributing Writer on Sept. 18, 2019 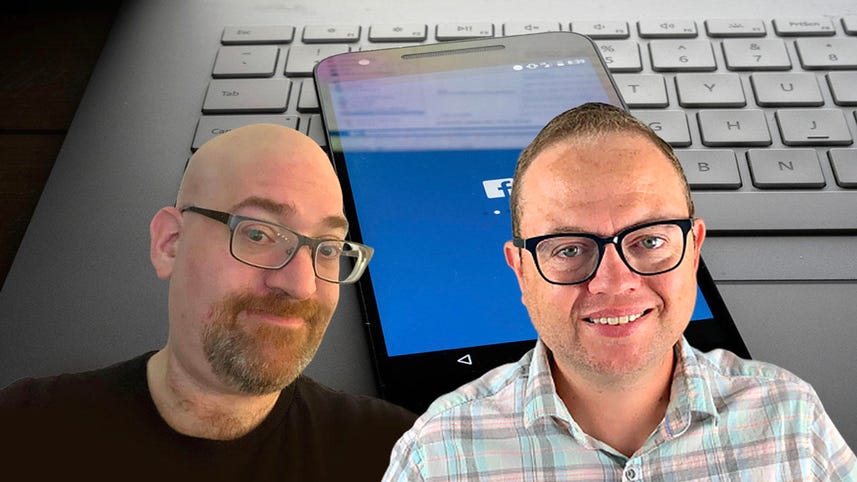 Facebook on Wednesday announced three new Portal devices: A redesigned Portal, Portal Mini, and Portal TV. In addition to the new devices, Facebook is expanding Portal to more countries and adding WhatsApp calling. The new Portal design more closely resembles a digital photo frame. The Portal has a 10-inch HD display, while the Portal Mini has an 8-inch HD display. Both devices can adjust the display color and brightness of the room it's in, optimizing the look of your photos and videos. There's a built-in camera, microphone, and a speaker that's used for voice calls.

The new Portals still use artificial intelligence to follow you around the room during video calls, ensuring you stay in the shot without having to touch the Portal.

Portal TV is a new device from the social networking company. Instead of a device with a built-in screen, speaker, and all the necessary hardware for video calls and streaming music, Portal TV connects your television. It looks a lot like the Microsoft Kinect, only thinner. It includes a 12.5-megapixel camera with a 120-degree field-of-view and a far-field eight-mic array. Portal TV plugs into your TV's HDMI port to display your video calls in WhatsApp and Messenger, including Facebook's AR games, and acts as a digital photo frame. The device sits below or on top of the TV. Portal TV will cost $149 and will begin shipping Nov. 5.

Facebook is adding WhatsApp calling to the Portal lineup, too. Both Messenger and WhatsApp calls are end-to-end encrypted.

Facebook has had its fair share of privacy mishaps over the last couple of years, giving users pause when it comes to putting an always-on smart device in their living room. And with the microphones that are always listening for the "Hey Portal" wake phrase, and the built-in camera, it's justified.

Facebook has tried to ease users' fears with the ability to disable the camera and the microphone using a button or sliding switch on all its Portal devices. There's even a physical camera cover you can use for added peace of mind.

It'll be interesting to see how much we hear about Portal during the holiday season.

Preorders for all three devices start today through Facebook's Portal website, except in New Zealand and Australia.

Productivity
The 5 best smart speakers of 2022