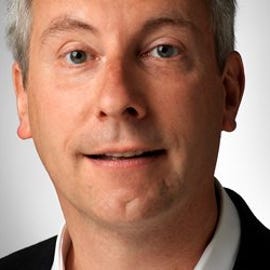 The difference between consumer & enterprise software

I expect more than a few CIO's have reached for the Pepto Bismol after hearing the news about WikiLeaks releasing 251,287 leaked United States embassy cables on the public internet, given how similar the situation is to their responsibilities for protecting data and information.

Getting online in places you've never been before can be a huge challenge, especially if you're on the move a lot. Paying for hotel wifi and staying late at conferences or clients are options, but what about when you're visiting a country for the first time - how do you get connected?

$9 million ATM heist: the dark side of international collaboration

''The New York Fox News video report above by John Seutzman describes a well coordinated attack on 130 automatic teller machines (ATM's) in 49 cities worldwide within 30 mins, which jeopardized sensitive information and netted over $9 million.Shortly after midnight Eastern Time on November 8 2008, the FBI believes that dozens of people used hacked RBS WorldPay payroll cards (which are similar to debit cards) in a coordinated attack on ATM machines around the world.

February 7, 2009 by Oliver Marks in Mobility

A conversation with Léo Apotheker, co-CEO and a member of the Executive Board of SAP AG and Andrew Mcafee of the Technology and Operations Management Unit at Harvard Business School on PBS's Charlie Rose show.This TV appearance is a fascinating indication of how much more seriously Enterprise 2.

PlayStation - The Perils of Secrecy: is it Game Over?

Microsoft's XBox 360's core technology was essentially funded and developed by Sony without them knowing, as detailed in the excellent book 'The Race for a New Games Machine' by David Shippy and Mickie Phipps.Sony partnered with Toshiba and IBM in 2001 to begin creation of the 'Cell' processor - a powerful, state of the art chip that would redefine PC scale power.

I've got a first gen iPhone and live in San Francisco, the heart of Apple country. The voice communication part of it has been slowly getting worse and is now virtually unusable.

The biggest solar storm on record in 1859 brought down US and European telegraph systems and lit up the world sky with Aurorae; a similar storm today would wreak havoc with power grids and fry delicate electronics. Your cloud infrastructure platforms are particularly vulnerable...

Lives of others - two aspects of social engineering

Kevin Mitnicks' exciting 'Ghost in the Wires' book is fundamentally a memoir of solo social engineering capers; is the modern 'social' web vulnerable to the few controlling the many in the style of the East German STASI?

I Want My Free Broadband Video

The internet's inner workings are a mysterious thing to most people, even to most of the coffee shop geeksperts who ponder the implications of each new free cloud app that is presented for their approval on their laptops as they enjoy their morning latte.The underlying plumbing isn't sexy - it's just there and works like the coffee shop restroom, and if it stops working that's a big #fail and people should be publicly chastised online: that's the power of the social internet.