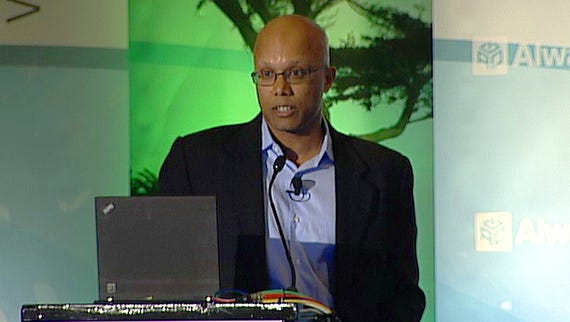 At the AlwaysOn Venture Summit in Half Moon Bay, Calif., Praveen Mandal, president of Coulomb Technologies, outlines the difficulties in finding places to plug in rechargeable cars and balancing the grid, once automakers release their new lines of plug-in vehicles. He introduces his company's networked "Smarlet" system, which that monitors usage, and can be installed in pedestals and streetlights.

Employee monitoring is on the rise. Should we be worried?

BEC and romance scams: How to protect your business

Free phone promotions: Too good to be true?

Inside a cyber mercenary operation: Hacking victims around the world

Think Gen Z will solve the tech skills shortage? Don't count on it

Inside a ransomware gang: Beware these aggressive tactics