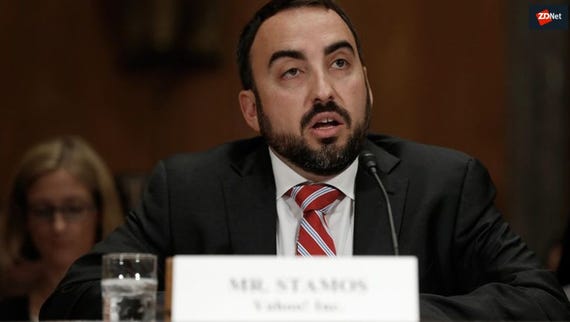 Facebook chief security officer Alex Stamos has compared the security of his company's corporate network to a "college campus." *** A company like Facebook, Stamos said, should have the threat profile of a defense contractor. *** But that the company's "move fast" mantra has made that impossible. *** ZDNet obtained leaked audio of Stamos' comments. *** "The threats that we are facing have increased significantly and the quality of the adversaries that we are facing. Both technically and from a cultural perspective I don't think we have caught up with our responsibility." *** "The way that I explain to them, is that we have the threat profile of a Northrop Grumman or a Raytheon or another defense contractor but we run our corporate networks, for example, like a college campus, almost." *** Stamos isn't wrong: The company should be treating its customers' data like they're state secrets. *** Facebook may not be storing plans for spy planes and autonomous drones. *** But citizen data is a commodity and nation states are hungry for it. *** In fact, Facebook likely has more citizen data than the government. *** Which makes the social media giant as big a target today... *** As defense contractors were 10 years ago.

Surfshark VPN: Everything you should know

Securing a system from inception can help it survive cyberattacks

The ransomware threat is growing: What needs to happen to stop attacks getting worse?