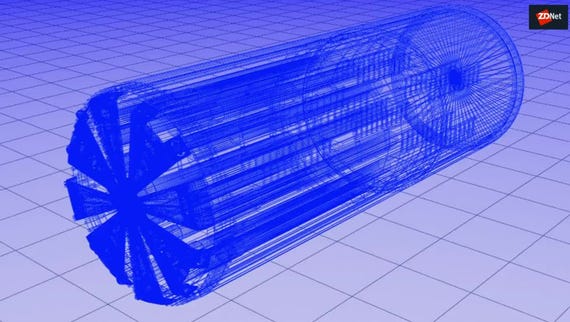 What is Hyperloop? The game-changing transport tech explained
Watch Now

Connecting your brain to a computer and communicating will be a reasonably common activity within a decade or so, with tens of millions of brain-machine interface (BMI) devices sold every year.

BMIs (Brain Machine Interfaces) are an intriguing area of research with huge potential, offering the ability to directly connect the human brain to computers to share data or control devices.

Some of the work on BMI is one step away from science fiction. Probably the best-known company working on this technology today is Neuralink, the Elon Musk-backed firm that aims to develop ultra-high bandwidth 'neural lace' devices to connect humans and computers.

At least part of the reason for Musk's interest in the idea of mind brain-computer connections is that such technology could stop humans getting left behind by a (still to emerge) super-intelligent artificial intelligence. The idea is that connecting our minds directly to the AI with high bandwidth links would at least give us a chance to keep up with the conversation.

However, more basic forms of BMI technology have been used in medicine for years, like cochlear implants which provide a sense of sound to a person who is profoundly deaf or severely hard of hearing. Another emerging medical use case is visual prosthetics -- using an artificial device to restore a form of sight.

But more ambitious forms of BMI -- like controlling or communicating with computers or digital avatars -- are still at a very early stage.

Even so, tech analyst Juniper Research predicts that shipments of BMI devices will reach 25.6 million by 2030, up from roughly 350,000 in 2019. It forecasts that over that timeframe BMIs will expand beyond pure experimental medical use cases, with consumer uses developing. It's a small number -- more niche than smartwatches are today -- but more common than many would expect if the analysts are right.

Such devices will offer the ability to control virtual reality scenarios; enhancing the user experience and immersion level, as well as potentially offering wellness functions, such as supporting guided meditation and enhancing sleep quality, according to the analysts.

Beyond this, Juniper said there is significant scope for BMI devices in areas like gaming and smart home control although high prices, the need for calibration and the early stage of development will mean that it will remain a niche prospect. There are also other uses: for example, monitoring when fatigue or a loss of concentration can be a big risk.

Juniper said that medical devices will drive revenues throughout the period; accounting for 78% of total revenues in 2030. "Medical devices, such as experimental visual and limb prosthetics, will be highly expensive, with extensive research and clinical trials required in order to reach their full potential," it said. The analysts said that of all the potential interface technologies, electroencephalography (EEG) will remain the most dominant.

While Juniper said EEG is "highly susceptible" to interference, it is affordable given its existing prevalence in medical fields, as well as non-invasive (unlike, for example, direct implantation of devices), which is crucial for consumer adoption; few will be willing to have their brains exposed to surgery just to make VR games a bit more fun.

Join Discussion for: 10 years from now your brain will be connected...