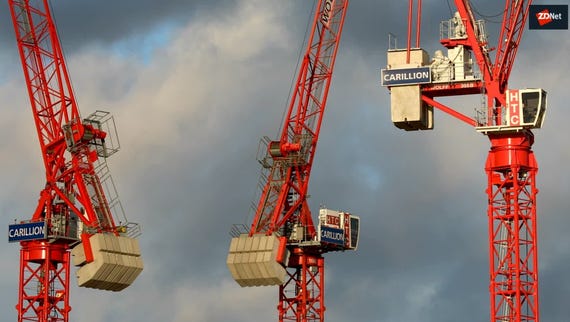 Construction is one of the largest industries in the world, accounting for $10 trillion annually, about 13 percent of global GDP.

But while productivity in adjacent industries like petroleum and mining has skyrocketed with the advent of new technologies, productivity in the construction sector has remained flat.

Also: Welcome to the data-driven machine: Digital transformation in the construction industry

A new company called Doxel, which today announced $4.5 million in funding and unveiled an artificial intelligence and computer-vision system for the construction industry, is betting it can change that. With backing from Andreessen Horowitz, Doxel has positioned itself to shake up an industry that has been slow to change over the last half-century.

Currently, the big problem managing construction projects is accurately predicting and measuring a single metric: labor productivity. While managers can easily tabulate how many hours a construction worker spends on a task, they don't have an accurate measure of how much work is actually accomplished or whether that work is being done correctly.

The result is a gross disparity between expectations and results. According to McKinsey & Company, ninety-eight percent of large-scale construction projects are delivered, on average, eighty percent over budget and twenty months behind schedule.

The crux of the Doxel's proposition is that you can't improve productivity if you can't measure it. To that end, the company uses autonomous devices to visually monitor every inch of a project day-by-day. It feeds that data to proprietary deep learning algorithms that inspect the quality of installed work and quantify progress in real time.

As a result, project managers can react to inefficiencies immediately.

The company uses autonomous devices, including drones, equipping them with LIDAR and HD cameras. Drones are growing increasingly common on construction sites for everything from inspection to updating clients.

"If you could have an alarm that went off when your project was going over budget or off course, wouldn't you want to use it?" poses Lars Dalgaard, General Partner at Andreessen Horowitz, nicely cutting to the heart of Doxel's sales pitch. "For an industry that is notorious for cost overruns and delays, we see Doxel as the canary in the coalmine for construction projects."

Join Discussion for: 3D vision and AI are about to solve the biggest...