The UK government has required that no new equipment provided by the Chinese giant be installed from next September.
Written by Daphne Leprince-Ringuet, Contributor on Nov. 30, 2020 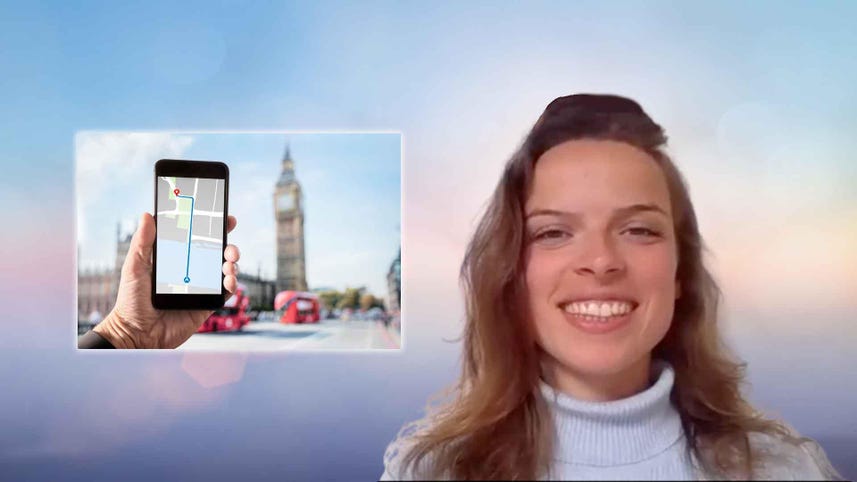 Telecoms providers won't be allowed to install equipment provided by Huawei in their 5G networks from the end of September 2021, according to a new roadmap published by the government.

The document lays out the steps that telecoms companies will need to take in the next few years to remove high-risk vendors from their networks, and puts forward a timeline to specifically phase out Huawei from the country's future 5G infrastructure.

Earlier this year, the UK government ruled that Huawei's equipment should be completely removed from the country's 5G networks by 2027. As part of the ruling, it was determined that operators should stop buying new kit from Huawei from January 2021.

Now, operators will also be required to refrain from installing equipment from the Chinese supplier from next September. Maintaining old equipment, however, will still be allowed.

The new deadline will likely tackle concerns that operators might stockpile Huawei equipment before January 2021 and install it later.

Major operators, however, have already started the transition process. In the past months, leading telecoms provider BT signed partnerships with Nokia and Ericsson, who will together cover the deployment of the company's 5G networks. While the new deadline for installing Huawei products might fast-track some plans, therefore, it is unlikely to create large-scale disruption.

The new roadmap comes as the UK parliament prepares to review a new telecoms security bill that aims to provide the government with "unprecedented" powers to force telecoms giants to stick to strict security rules, which include the management of high-risk vendors like Huawei.

If the bill is passed, it would effectively enshrine the Huawei ban into UK law, and provide the government with legal tools to enforce the roadmap it has proposed to remove high-risk vendors from the country's infrastructure.

Digital secretary Oliver Dowden said: "Today I am setting out a clear path for the complete removal of high-risk vendors from our 5G networks. This will be done through new and unprecedented powers to identify and ban telecoms equipment which poses a threat to our national security."

For example, the security bill could enable the government to impose hefty fines on telecoms operators, of up to 10% of turnover or £100,000 ($133,545) a day, if they fail to stick to the new security standards.

Ahead of the parliamentary review of the telecoms security bill later this week, the government released draft documents illustrating how ministers may use the new law's powers to restrict the use of Huawei's goods and services.

The documents designate Huawei as a vendor that requires specific management, citing security concerns stemming from opaque processes, low-quality products, and close ties with the Chinese government. The new roadmap is also included in the files, and the requirement to stop installing Huawei equipment from September 2021 is described as necessary to ensure that telecoms providers remain on the "pathway to zero" when it comes to removing the Chinese company's kit.

While the draft documents do not constitute a formal consultation, they provide a snapshot of what to expect if the security bill is successfully passed in Parliament.

Although removing Huawei from the country's 5G networks was clearly established as a priority, the government has also acknowledged that banning one of the few existing network suppliers in the market could come with adverse consequences.

Nokia, Ericsson and Huawei have a combined 80% share of the global RAN market, meaning that there are very few alternatives to the Chinese company that UK operators can pick from. Relying on only a couple of providers is limiting, and could threaten the quality and reliability of UK networks.

In parallel to the roadmap, the government has, therefore, released a vendor diversification strategy. "We are also publishing a new strategy to make sure we are never again dependent on a handful of telecoms vendors for the smooth and secure running of our networks," said Dowden. "Our plans will spark a wave of innovation in the design of our future mobile networks."

Much hope is placed on OpenRAN technology, which encourages interoperability between different suppliers thanks to vendor-neutral hardware. The technology has been pitched as a viable way to encourage new players to enter the market by reducing the cost of competing against major providers.

The strategy sets aside funds for various projects that aim to deploy OpenRAN in time for the 2027 deadline. A SmartRAN Open Network Innovation Centre (SONIC), for example, will be set up in partnership with Ofcom and non-profit organization Digital Catapult to focus on the development of an OpenRAN supply chain.

"This is a great opportunity to support innovation and help shape the UK's supply chains of the future," said Simon Saunders, director of emerging and online technology at Ofcom. "Companies large and small will be able to test their equipment in a real-world environment, and see how it could potentially operate in the UK's telecoms networks."

In this year's spending review, chancellor Rishi Sunak set aside £250 million ($333 million) to support the measures laid out in the diversification strategy, in order to build 5G networks that are not over-reliant on single suppliers. Up to £50 million ($66 million) of the funding will be made available as early as next year.