The UK lost its right to a .eu website when it left the European bloc, leaving many domain name owners in limbo.
Written by Daphne Leprince-Ringuet on Jan. 5, 2021 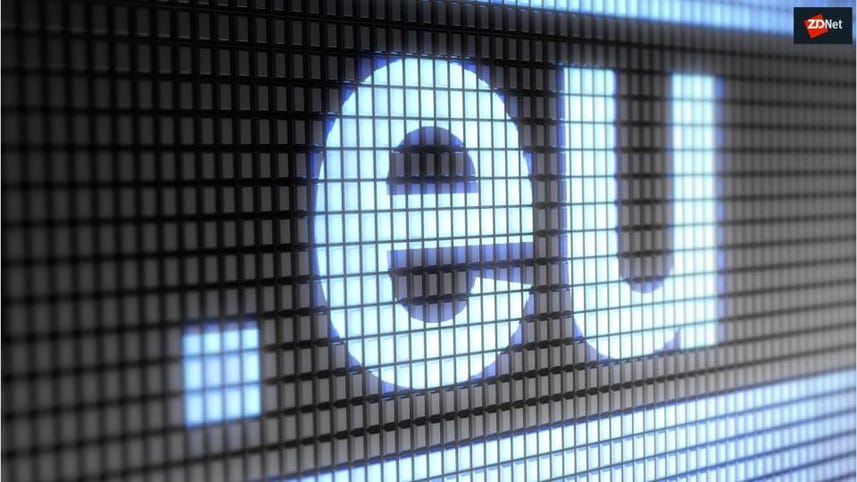 Tens of thousands of website owners who are based in the UK might have started the year with an unpleasant surprise: Eurid, the registry manager of .eu domain names, has suspended .eu domain names registered by UK citizens as a result of the regulatory changes caused by Brexit.

Suspended domain names can no longer support a website or service like email, and owners now have three months to prove their right to run a .eu domain. This means updating contact data to transfer the .eu domain to an EU-subsidiary outside the UK; or declaring citizenship or residence of an EU member state.

Domain names will be re-instated as soon as contact data is updated, said Eurid – but only for the next few months. Those who, after 31st March 2021, still haven't demonstrated their eligibility will see their domain name withdrawn, and made available again for general registration from January 2022 if no action is taken by then. Eurid said 81,000 domains, from 50,000 users, have been suspended.

Eurid's suspension of UK domains comes after a series of mixed signals from the European Commission, which decides on the rules that guide the registration of .eu domains. EU regulations currently stipulate that .eu websites can only be allocated to EU citizens – regardless of their place of residence – as well as non-EU citizens and organizations established in a member state.

In 2018, the European Commission put out a note suggesting that any .eu website established in the UK and owned by a UK citizen therefore might be cancelled as soon as the country exited the EU. At the time, according to Eurid's archives, there were over 300,000 domains in the UK using a .eu domain; needless to say, the news didn't go down all that well.

Eurid made it clear that it hadn't contributed much to the European Commission's initial decision, and indicated that it was only sent a link to the announcement on the day that it was published. The withdrawal of UK-based websites, warned the registry manager, "could happen as of 30 March 2019 in case no withdrawal agreement is reached between the UK and EU, or as of 1 January 2021 in the case that an agreement is reached."

The Commission's announcement was met with severe criticism, with .eu website owners claiming that revoking existing domains went against the right to property.

Late last year, Eurid finally indicated that new rules had been agreed with the Commission on the issue. From 1 January 2021, the European registry manager effectively stopped allowing the registration of a new domain name by UK registrants; but existing domains were granted more time to find ways to meet the new eligibility criteria.

From "immediately cancelled", UK-based .eu domains were given relief in the form of a three-month "suspension" period, to give domain owners more time to update their contact data and eventually retrieve their .eu name.

Eurid's latest memo is the third of a series of Brexit notices to UK registrants, just for the month of December; and it comes on top of myriad updates to official guidance since 2018. The uncertainty has ultimately come at the cost of the vast majority of UK-based .eu domains, which have shrunk from over 300,000 in 2017 to about 120,000 in the last quarter of 2020, to reach about 81,500 at the start of this year. Between 2018 and 2019, in fact, the number of .eu websites in the UK decreased by 46.7%.

It seems that most UK owners, therefore, abandoned their .eu name altogether, and resorted to setting up a new domain to which they re-directed their traffic – meaning extra work to adapt marketing, search engine optimization and customer service.

Eurid has specified that it will notify, on 1 April 2021, UK registrants who have failed to comply, before withdrawing their domain name. At the start of 2022, those domains will be revoked and become available for general registration.

Security
Remote working vs back to the office: Benefits are clear, but there could be trouble ahead for some