It usually takes 18 months to bring a shoe to market. Global shoe brands want to bring that down to a few days.
Written by Greg Nichols, Contributing Writer on Oct. 23, 2017 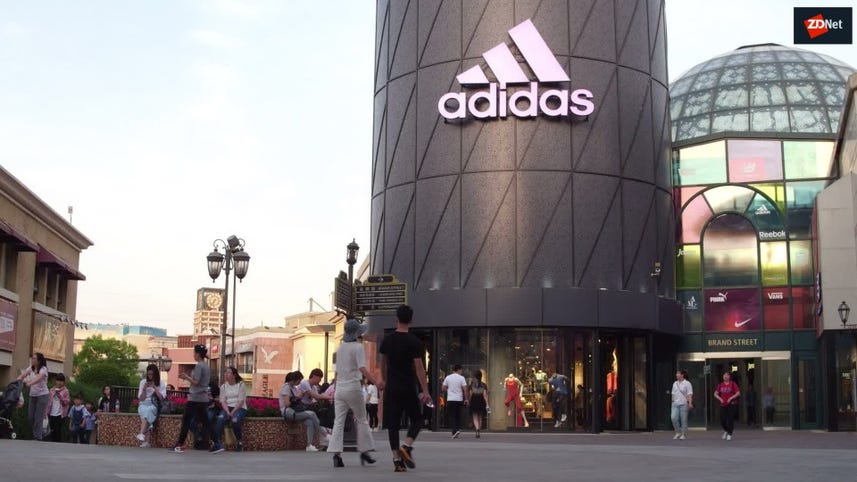 Shoemaker Adidas just rolled out the first of six local-market running shoes made in its so-called "Speedfactory" in Germany.

The running shoe is designed for Londoners, and will be followed by five additional models created for markets like Paris, Los Angeles, and New York.

It's an early step in a bold experiment by a global retailer to use time-saving robots to design small-batch collections, a departure from the mass production methods employed by global shoe and apparel brands.

Adidas produces about 600 million pairs of shoes other apparel items per year. The brand relies on about a million factory workers in China and Vietnam.

But as the shoe industry becomes more focused on hype-driven releases where scarcity and design play an important role in brand credibility, the old global manufacturing chain has become a hinderance. It typically takes Adidas a year or more to design, source, and deliver a shoe to market. Due to the economics of production, the brand must produce minimum batches of 50,000 or 100,000 shoes to make a profit.

Adidas has declared its intentions to cut that timeline to weeks, or perhaps even days, and to begin producing batches as small as 500.

To do it, it needs to bring manufacturing closer to the markets for its products. It also has to speed up manufacturing processes substantially. That can't be accomplished with human workers. Labor costs are expensive in North America and Europe, where people buy a lot of shoes, and human workers are relatively slow and error-prone.

Adidas announced the Speedfactory concept back in 2015, then dropped a small batch of 500 shoes made in its German Speedfactory last year. There are plans for a new Speedfactory to open in Atlanta soon.

This is a model we should expect to see from other global brands. It's a compelling bridge between mass production and boutique design. It's also the reason we're going to see a lot more onshoring of manufacturing -- albeit in facilities that are largely automated.

Rival Nike is also employing more automation, including a process that uses static electricity to make shoes up to 20 times faster than humans.