AI may not predict the next pandemic, but big data and machine learning can fight this one

In Spain, a new observatory processes epidemiological, mobility and environmental data to manage COVID.
Written by Anna Solana on Aug. 21, 2020 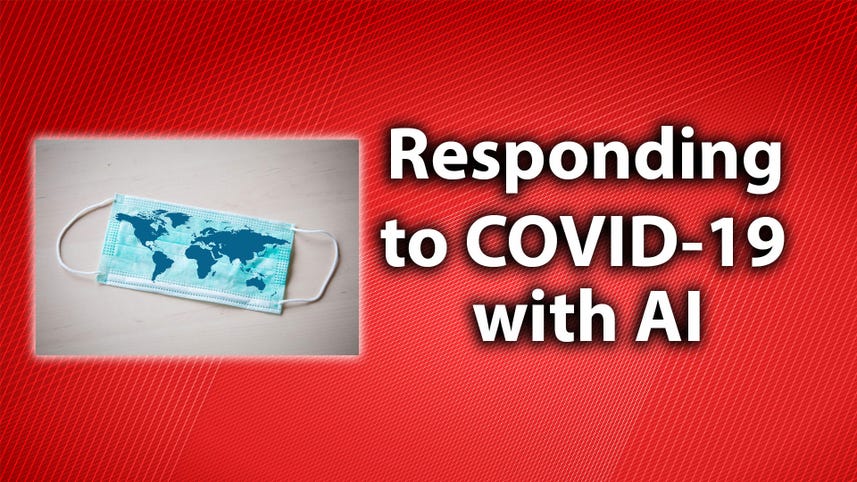 In April, at the height of the lockdown, computer-science professor Àlex Arenas predicted that a second wave of coronavirus was highly possible this summer in Spain.

At the time, many scientists were still confident that high temperature and humidity would slow the impact and spread of the virus over the summer months, as happens with seasonal flu.

Unfortunately, Arenas' predictions have turned out to be accurate. Madrid, the Basque country, Aragon, Catalonia, and other Spanish regions are currently dealing with a surge in COVID-19 cases, despite the use of masks, hand-washing and social distancing.

Admittedly, August is not as bad as March for Spain, but it's still not a situation many foresaw.

Arenas' predictions were based on mathematical modeling and underline the important role technology can play in the timing of decisions about the virus and understanding its spread.

"The virus does as we do," says Arenas. So analyzing epidemiological, environmental and mobility data becomes crucial to taking the right actions to contain the spread of the virus.

To help deal with the pandemic, the Catalan government has created a public-private health observatory. It brings together the efforts of the administration, the Hospital Germans Trias i Pujol and several research centers, such as the Center of Innovation for Data Tech and Artificial Intelligence (CIDAI), the Technology Center Eurecat, the Barcelona Supercomputing Center (BSC), the University Rovira i Virgili and the University of Girona, as well as the Mobile World Capital Barcelona.

The Mobile World Capital Barcelona brings to bear the GSMA AI for Impact initiative, which is guided by a taskforce of 20 mobile operators and an advisory panel from 12 UN agencies and partners.

Beyond the institutions, there is a real desire to join forces to respond to the virus using technology. Dani Marco, director general of innovation and the digital economy in the government of Catalonia, makes it clear that "having comparative data on the flu and SARS-CoV-2, mobility, meteorology and population census does help us react quicker and more efficiently against the pandemic".

Data comes from public databases and also from mobile operators, which provide mobility records. It is all anonymized to avoid privacy concerns.

However, the diversity of the sources of the data is a problem. Miguel Ponce de León, a postdoctoral researcher at BSC, the center hosting the project's database, says the data coming from the regions is heterogeneous because it is based on various standards.

So one of the main tasks at BSC is cleaning data to make it usable in predicting trends and building dashboards with useful information. The goal is having lots of models running on BSC's supercomputers to answer a range of questions – how public mobility is promoting the spread of the virus is just one of them.

Arenas argues that having mobility data is crucial as "it tells you the time you have before the infection spreads from one place to another".

"Air-traffic data could have told us when the pandemic would arrive to Spain from China. But nobody was ready."

Being prepared is now more important than ever. In this regard, the Catalan government's Marco stresses that any epidemiologist will be able to use the tools developed at the observatory. He is convinced that digital tools can help, even though they're not the only solution.

According to Professor Arenas: "We need models on how epidemics evolve, and data is crucial in adjusting these models. But making predictions on the next pandemic is highly difficult, even with AI."

He advocates rapid testing methods, even if some scientists challenge their accuracy, as they could be provide a useful alternative to PCR (polymerase chain reaction) tests, which also have limitations. He also recommends the use of a contact-tracing app like the Spanish Radar COVID, based on the DP3T decentralized protocol.

"A person can trace up to three contacts over the phone. The app enables you to increase that number to six to eight contacts," he says.

Oriol Mitjà, researcher and consultant physician in infectious diseases at the Hospital Germans Trias i Pujol, agrees that Bluetooth technology can be helpful. But of course, "We should still fight against the idea that it's an app to control the population, because it's not," says Arenas.

Other countries, like Germany, Ireland and Switzerland, have taken the view that if there is any chance of an app making even a small contribution to the battle against the virus, it is worth a go.

Marc Torrent, director of the CIDAI, argues that being able to combine reliable data and epidemiological expertise to improve the management of public resources is already a victory.