Alibaba and AusPost team up to tackle food fraud with blockchain

Alibaba has enlisted the help of AusPost, Blackmores, and PwC to explore how blockchain technology can be used to halt the distribution of counterfeit food.
Written by Tas Bindi, Journalist on March 23, 2017 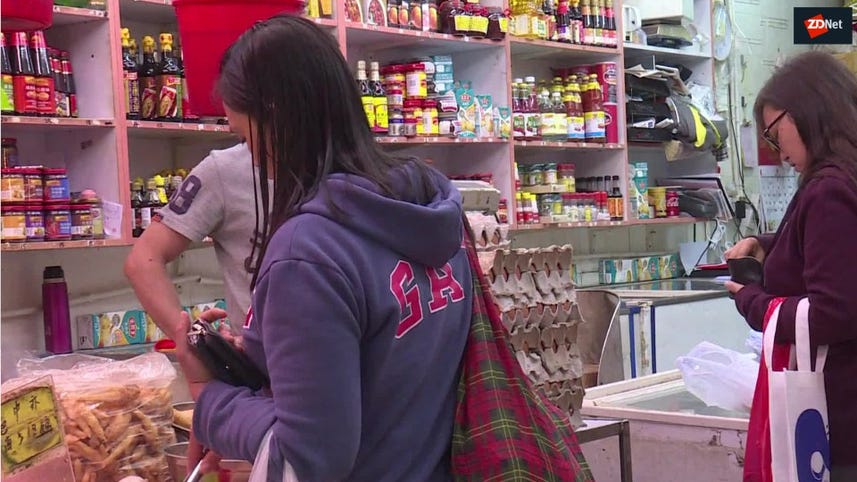 Alibaba has joined forces with AusPost, Blackmores, and PwC to explore the use of blockchain technology to combat food fraud.

The Chinese ecommerce giant said the goal is develop a "Food Trust Framework" to help improve integrity and traceability on its global supply chains.

Australia was chosen to be the test bed for the new framework.

Alibaba believes blockchain, best known as the technology behind bitcoin, is well-suited to address food fraud -- a practice that involves packing foods with lower-quality and often counterfeit ingredients. According to Maggie Balfour, the managing director of Integrity Compliance Solutions, some of the most common fake foods include fruit juices, olive oil, spices, and grains.

The ecommerce giant explained that blockchain technology creates greater transparency between buyers and sellers as shipments are tracked in real-time, improves security, and reduces the risk of fraud because the ledger is considered immune to tampering.

As part of the Food Trust Framework initiative, the four companies will work together to develop a pilot blockchain solution model to be used by participants across the supply chain from paddock to plate.

AusPost and Blackmores will contribute to the initiative by providing information and in-market testing across their supply chains.

The initiative is a response to growing concern in China about counterfeit food, as well as Australian exporters wanting to protect the reputation of their products.

Speaking at a Jobs for NSW event in February, Brad Chan, founder of government-backed non-for-profit startup incubator Haymarket HQ, said Australia has a reputation for being "clean and green" in China -- so much so that a box of Sanitarium Weet-Bix can sell for AU$50 in China.

"[The Chinese] middle class have shown willingness to pay premium for our level of quality," Chan said. "We can't compete on price with China, so our competitive advantage will be the trust in our quality, our brand, and our reputation."

However, the distribution of counterfeit products is a growing problem in China, with Alibaba founder Jack Ma himself admitting that the company has suffered from it. He previously said one counterfeit product sold through Alibaba's online marketplaces leads to the loss of at least five customers.

In January, Alibaba filed legal action against two fake Swarovski watch sellers on its Taobao platform, claiming 1.4 million yuan in damages for contract and goodwill violations. It was the first legal action taken by an ecommerce platform in China against counterfeiters.

Not long after, Alibaba announced a Big Data Anti-Counterfeiting Alliance that will use big data in a bid to end the sale of counterfeit goods on the ecommerce giant's online platform.

The company already has heavyweights Huawei and Samsung on board, with the 20 member-strong alliance receiving strong support from brands, trade associations, intellectual property experts, and regulators, in addition to support from government bodies and law enforcement agencies in China.

"We take a holistic and technology-driven approach to IPR-enforcement," Matthew Bassiur, Alibaba's head of global intellectual property enforcement, said in January. "Big data analytics enhance our ability to identify and pursue counterfeiters, and make it increasingly difficult for these illicit sellers to hide in the shadows."

"Building trust in our food supply chain is important at a time when public confidence in food producers, processes, vendors, and even government regulators has been rocked by a number of scandals," Sayers added.

"Global consumers expect instant gratification, and when it comes to food, that means any time, any place. As a result, food supply chains have gone global, which creates added complexity and opacity. We envisage our services will assist Alibaba to explore ways it can address this important issue."

In August last year, AusPost revealed its plan to move into the business of running elections, with blockchain being a central pillar of the plan. The government-owned postal service said at the time that community expectations were driving the push towards digital voting, and it would be looking to put its prior work with blockchain to use.

A couple of months later, the Commonwealth Bank of Australia, Wells Fargo, and Brighann Cotton claimed the first interbank trade transaction combining blockchain technology, smart contracts, and the Internet of Things to transfer 88 bales of cotton from Texas, USA to Qingdao, China.